Power Manager is the solution for reducing the energy costs of Mac computers. Use Power Manager to assert control over when your Macs are available and when they are switched off. 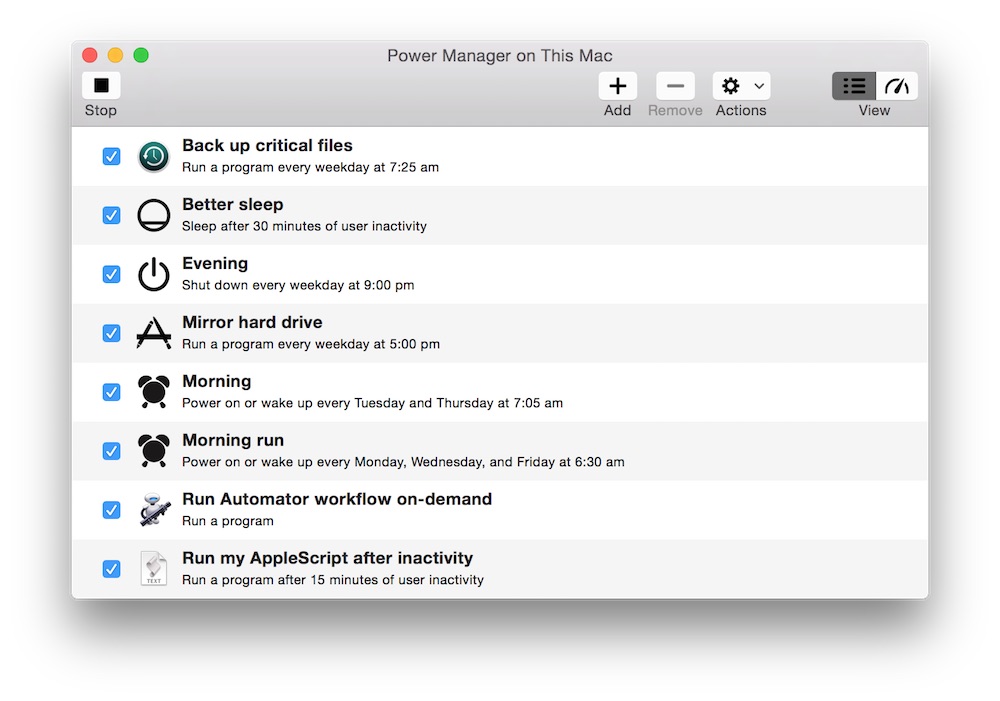