Poser Pro is perfect for creating 3D character art and animation. For nearly 20 years, artists, hobbyists, illustrators, and animators have been getting creative with Poser. Poser includes over 5GB of 3D figures and content to get you started. Pose figures, add hair and clothing, props, lights, and cameras to build 3D scenes. Render photorealistic and cartoon style images and video for web, print, and film. What will you create?

Look at the incredible enhancements: 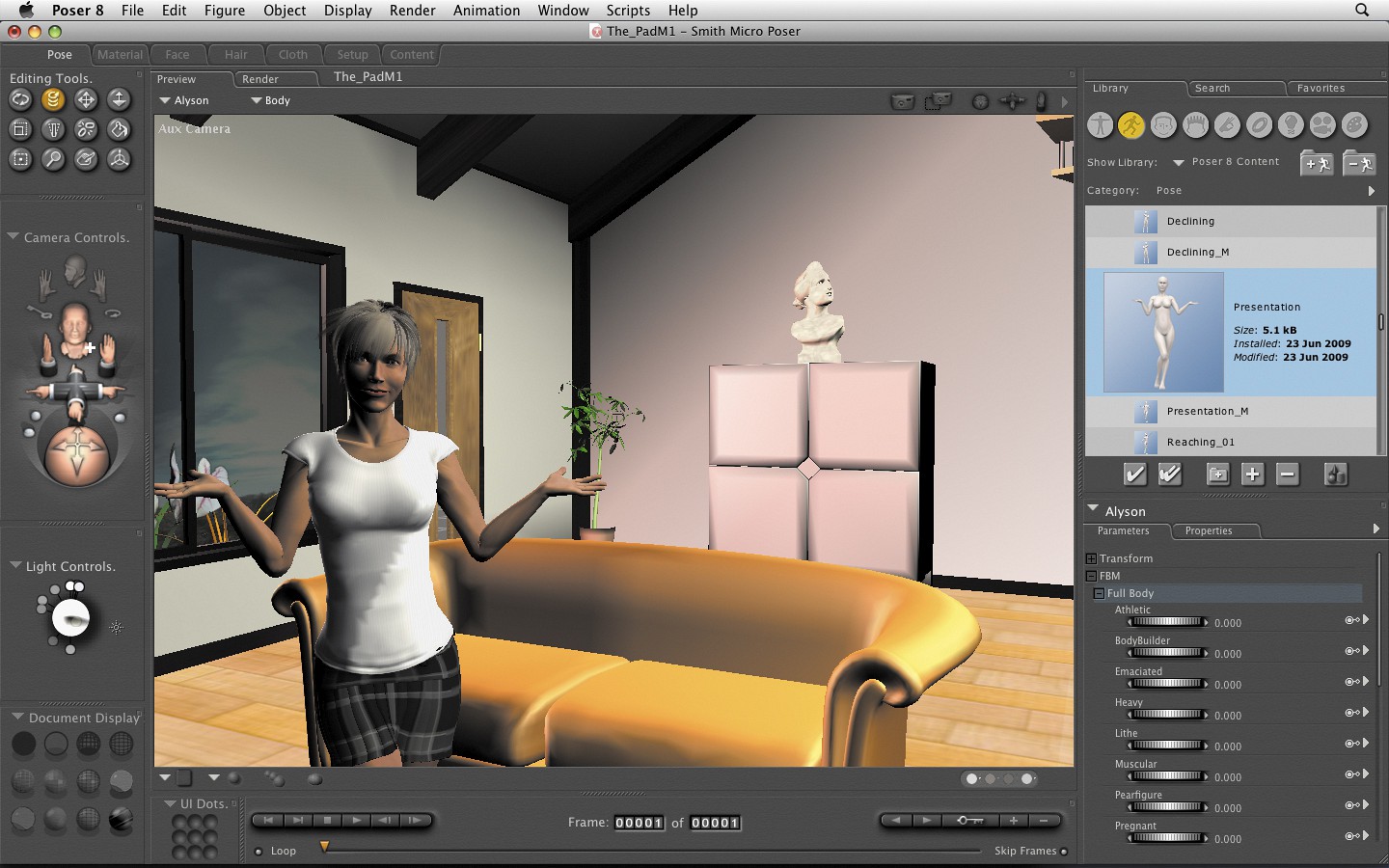