PortAuthority provides a graphical user interface for the MacPorts package management system for OS X. MacPorts is a powerful command-line tool for installing and updating a variety of Unix-based applications for the Mac. Its power, though, comes at the cost of some complexity; in the past the only way to utilize MacPorts was to type in various commands into the Mac’s Terminal application, which can be intimidating for those users without a Unix background. PortAuthority makes the process of installing Unix software easy. 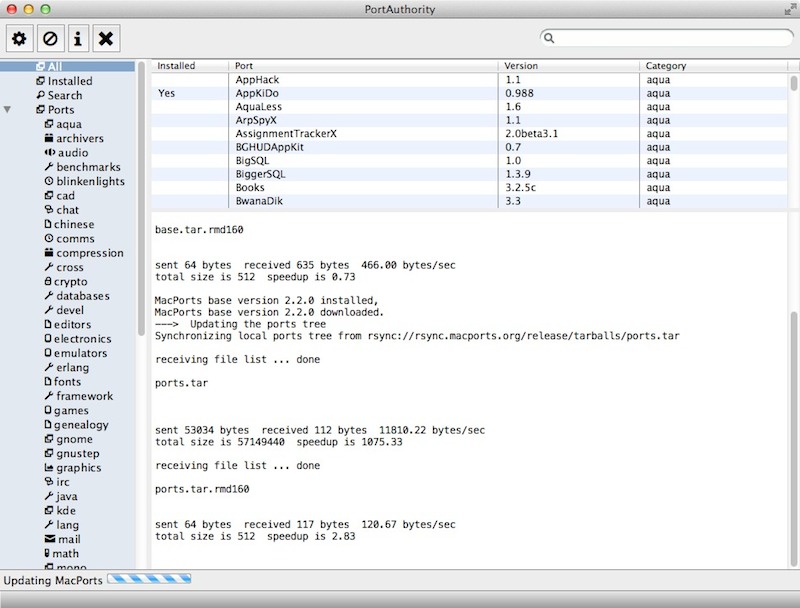