PopChar X helps you get the most out of your font collection.
With its crystal-clear interface, PopChar X provides a frustration-free way to access any font’s special characters. 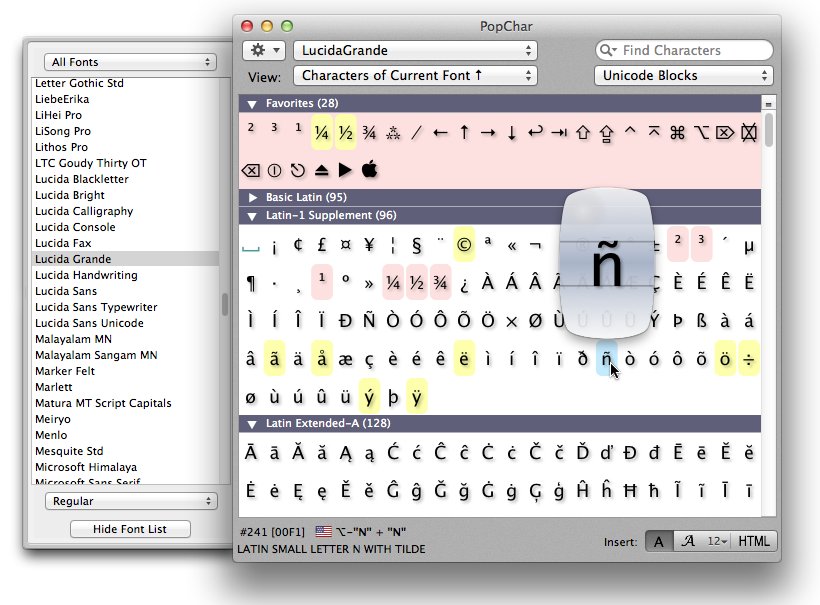