PlaybackPro (PlaybackPro/RecordPro) is a fully modern Mac application that takes complete advantage of recent advances in software stability and graphics capabilities. Using one output as the operator interface, it sends clean video to the secondary video output, utilizing the graphics card for hardware acceleration and complete control over size, aspect ratio and levels. By allowing much greater flexibility in both the field and studio, it is intended to replace hardware DDRs (digital disk recorders), DVD players and video tape machines.

While the digital revolution has changed the way video is edited, its effects haven’t been truly felt in the live production industry, until now. We like to call it non-linear playback. PlaybackPro leads the way with a simple but powerful interface that allows flexibility and control over the playback of video content. PlaybackPro is completely non-destructive to original video files, allowing the same file to be referenced multiple times with separate in and out points, geometry and levels. All effects are rendered on-the-fly. 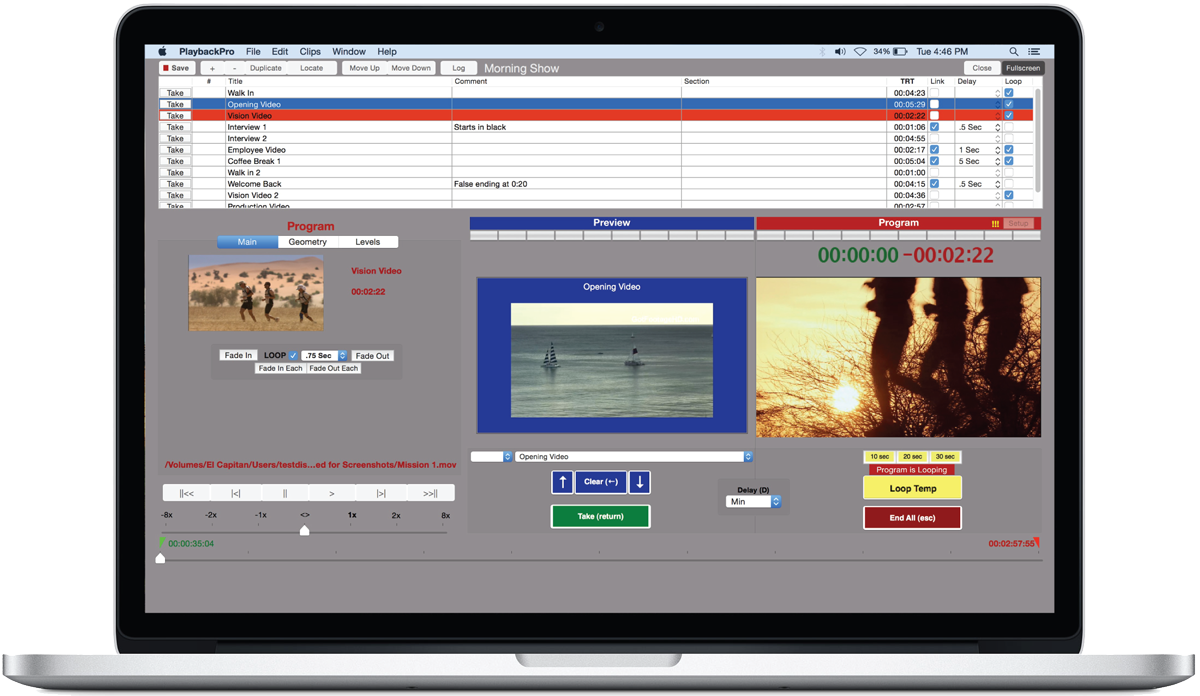