Pear Note integrates audio, video, and slides with traditional text notes. By recording all activity, Pear Note keeps track of what’s going on while taking notes as well as what the user has to say about it. This makes Pear Note incredibly useful for important meetings, class settings, or speeches.

Recording Notes
Pear Note records audio, video, and what the user does, including typing notes and changing slides, on a timeline. Since keystrokes and slide changes are kept on this timeline, users can easily find what was being said during typing or a particular slide. They can play back an entire recording to recreate a meeting, or jump straight to the point in the audio they care most about. 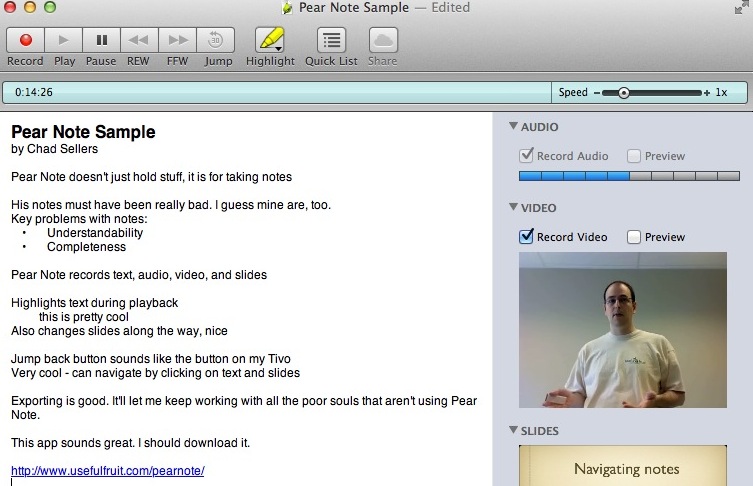