Outcome 1.1 – A new way to use the calculator with an innovative and minimal interface.

With none of the traditional buttons found on calculators, it is easy and enjoyable to use. Rather than being faced with an array of buttons replicating the keys on a keyboard, users have an interface with which to interact with the numbers.
Scrolling the number view displays the sum, the previous result and the stored number. Copy and Paste functions are supported.

Each written number can be edited by selecting it using the circular slider, which selects individual numbers to be replaced or deleted, or enters a space for a missing number.
Outcome has been developed to provide an intuitive experience in which the numbers become the sole centre of attention. 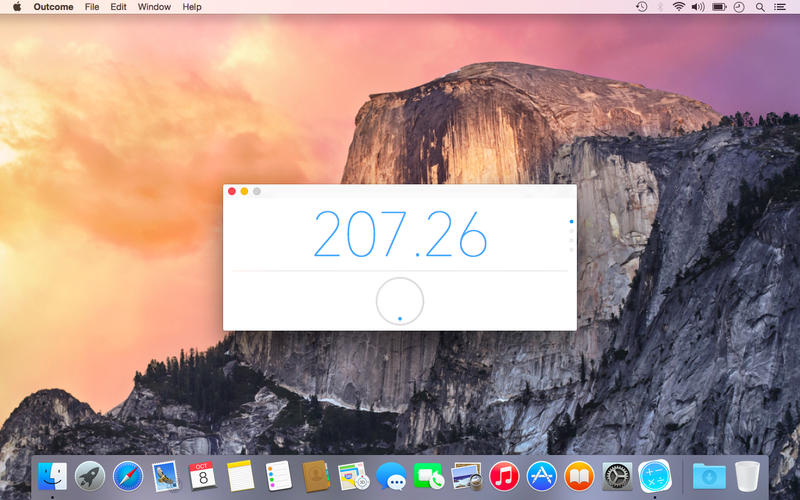