Origami is a 3D folding plug-in for Illustrator Cs6 or later. It shows your flat 2D die-cuts in 3D with minimal setup. This helps to reduce errors and preview your design in a better way.

Origami connects directly to Illustrator, so you see your layout in 3D immediately without exporting anything.

Origami lets you save your folded layout as a 3D shape or image for further processing, or to share with customers.

Origami features probably the easiest user interface ever! Manage your dieline with path names and line styles directly in Illustrator. 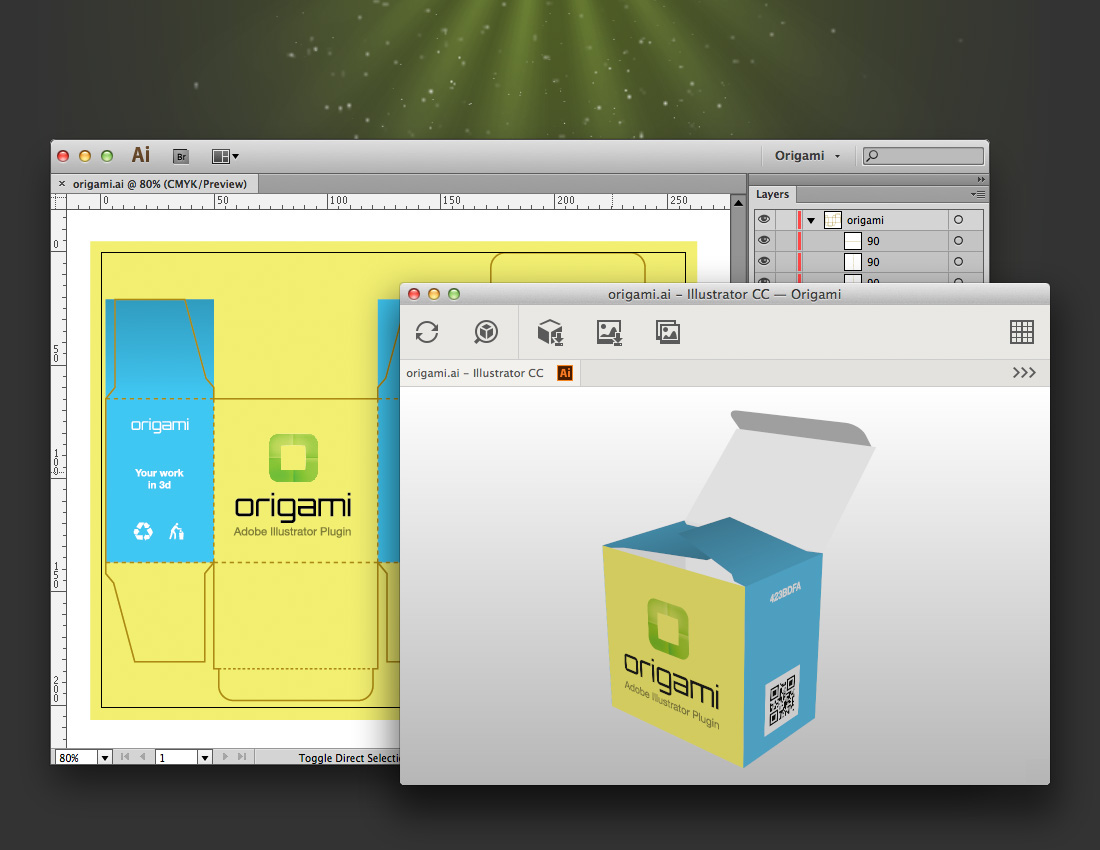