For complete data protection and recovery, users can burn layouts to a disc or save them as complete disc image files. Using similar creation techniques, users can quickly and easily produce a backup copy of any CD or non-copy protected DVD. To ensure that users always produce quality discs, Dragon Burn supports BurnProof and other buffer-underrun protection technologies. For maximum throughput performance, the mastering software also supports USB 2.0 and FireWire CD and DVD burners. 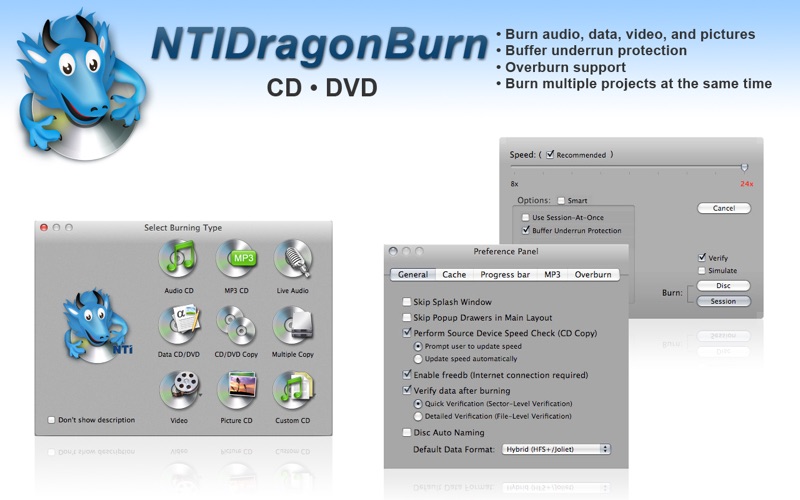