Network Radar is an easy-to-use network discovery and management tool that will allow you to retrieve detailed information on network devices. 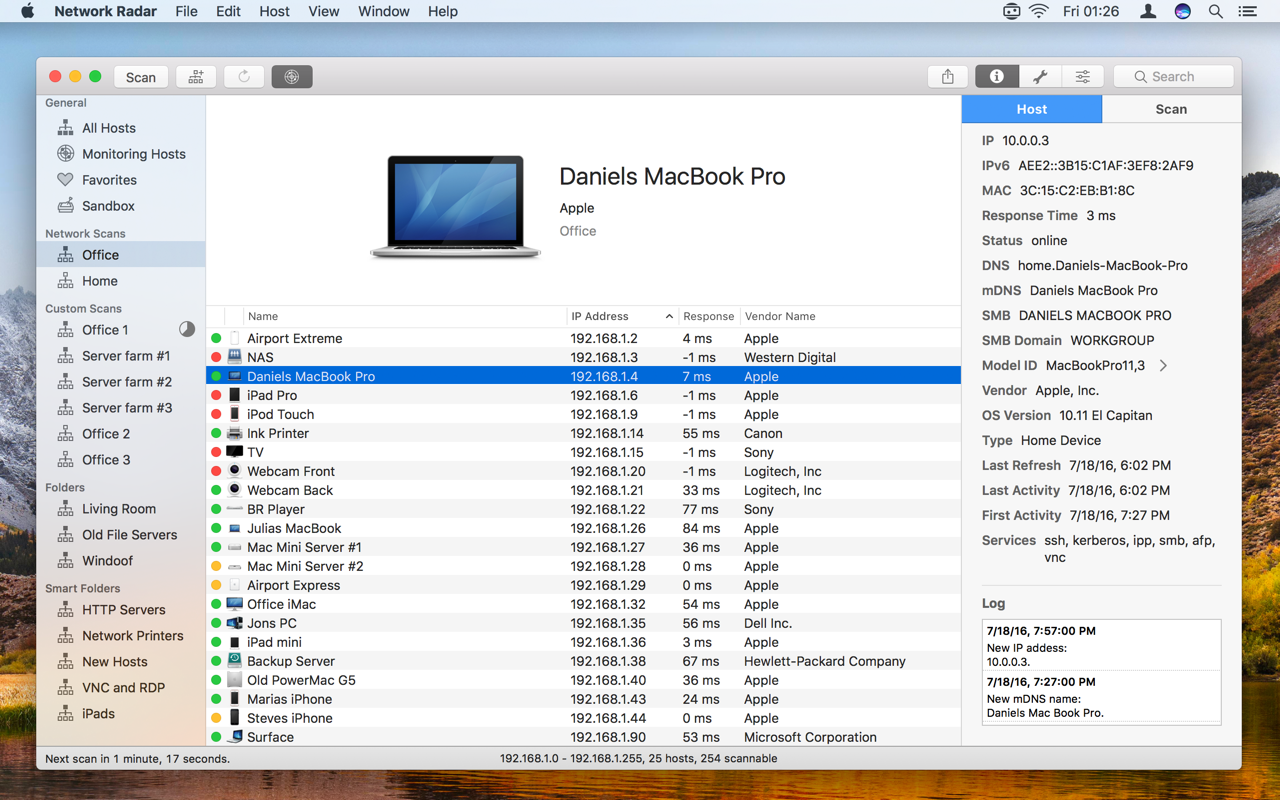