Navicat for SQL Server is an ideal solution for SQL Server administration and development which lets you create, edit databases, run SQL queries and connect to remote SQL Server in an easier way. It features an intuitive GUI and offers powerful visual tools such as Query Editor with syntax highlight capability, SQL Preview, SQL Console, TEXT, Hex and BLOB viewer/editor, SSH Tunnel and more, to increase your productivity.

Also, Navicat provides a number of tools allowing to perform all the necessary database operations such as creating, editing, and duplicating database objects. It also offers a well-described wizard system that simplifies your database development tasks and a full featured graphical manager for setting the users and access privileges.

It runs on Windows and Mac OSX with remote connection capability. Navicat is also available for MySQL, Oracle, SQLite and PostgreSQL.

Easy installation and intuitive interface make it an irreplaceable tool for SQL Server on the Web or your local desktop. 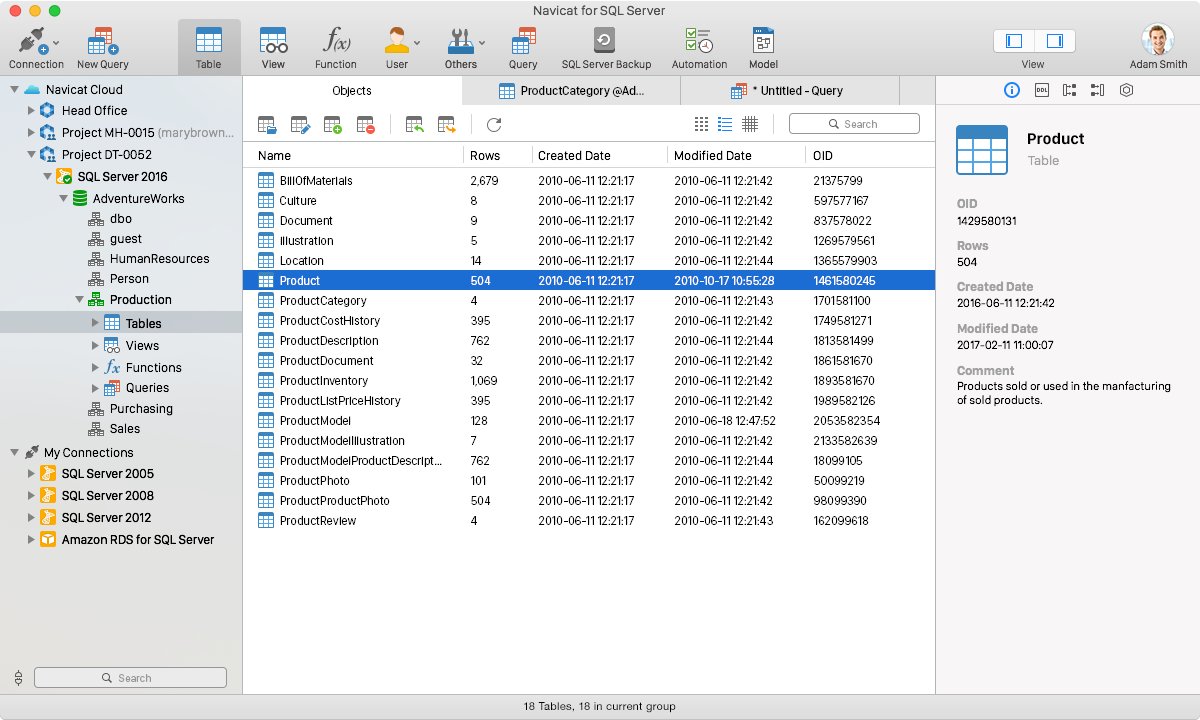