MyPhotostream is a desktop app that allows you to easily view photos in your Photo Stream on iCloud without having to launch iPhoto. 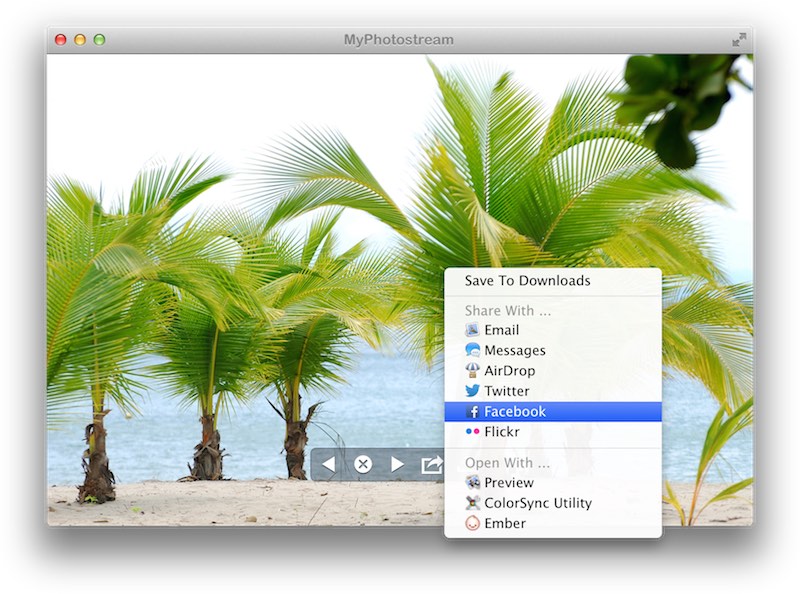