MultiViewInpaint allows users to remove unwanted objects from images, as long as there are multiple pictures of the scene. With multiple photos, MultiViewInpaint can replace objects by first aligning the photos, then allowing the user to first hover over the photo for a preview, then click to select corrections from the donor photo. 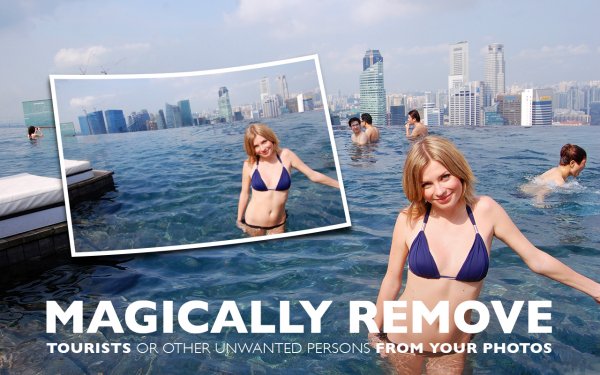