MKVtoolnix is a set of tools to create, alter, and inspect Matroska files under OS X, Linux and other Unices, and Windows. They do for Matroska what the OGMtools do for the OGM format and then some.

Since May 1st 2003, the Matroska libraries themselves and my Matroska tools are officially released as a first public beta version. Although all of them are still under heavy development, I urge you to download the software, test it and report any errors you encounter to me. I’m always grateful for good bug reports because I miss so many mistakes and you guys normally find them. Your feedback is important to me 🙂 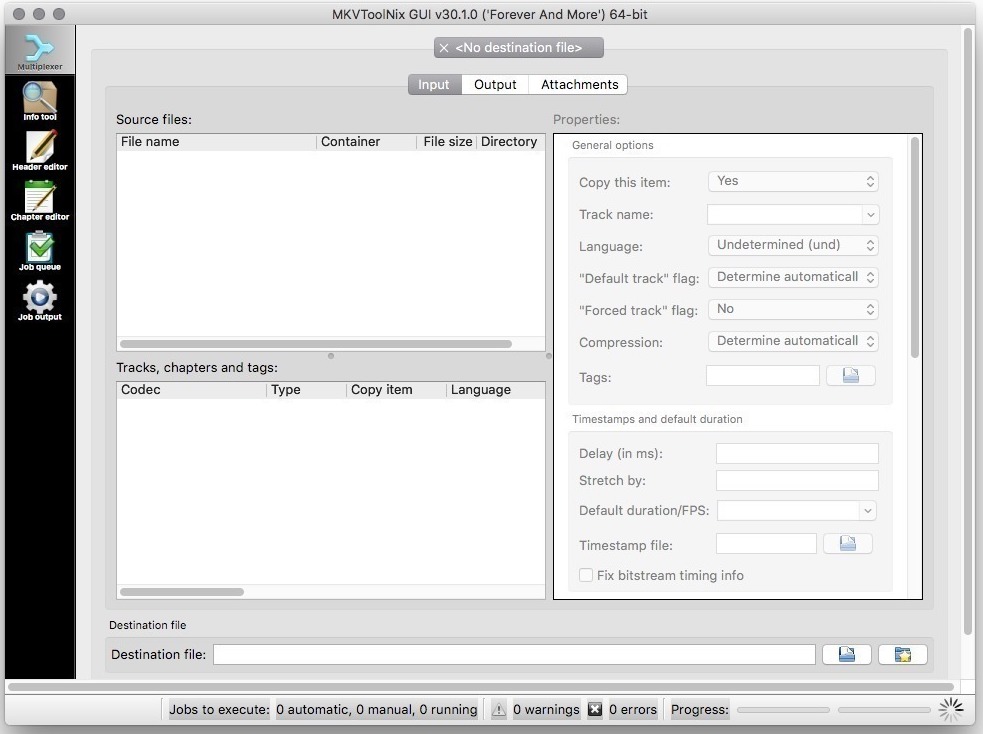