Media Pro allows you to import photos direct from a digital camera or create catalogs simply by dragging and dropping. Media Pro creates media catalogs containing thumbnails and annotations that can be viewed even when the original files are no longer on a mounted drive.

It also allows you to burn media onto a CDROM or back up media to a removable volume. Organizing your media into catalogs allows you to search and retrieve media, based on annotations (IPTC) such as caption, keywords or digital camera (EXIF) information. You can use media in Media Pro catalogs to create slide show presentations, print multi-image reports, export into one of several export options, as well as calibrate them in order to enhance their color, brightness, or other visual characteristic. 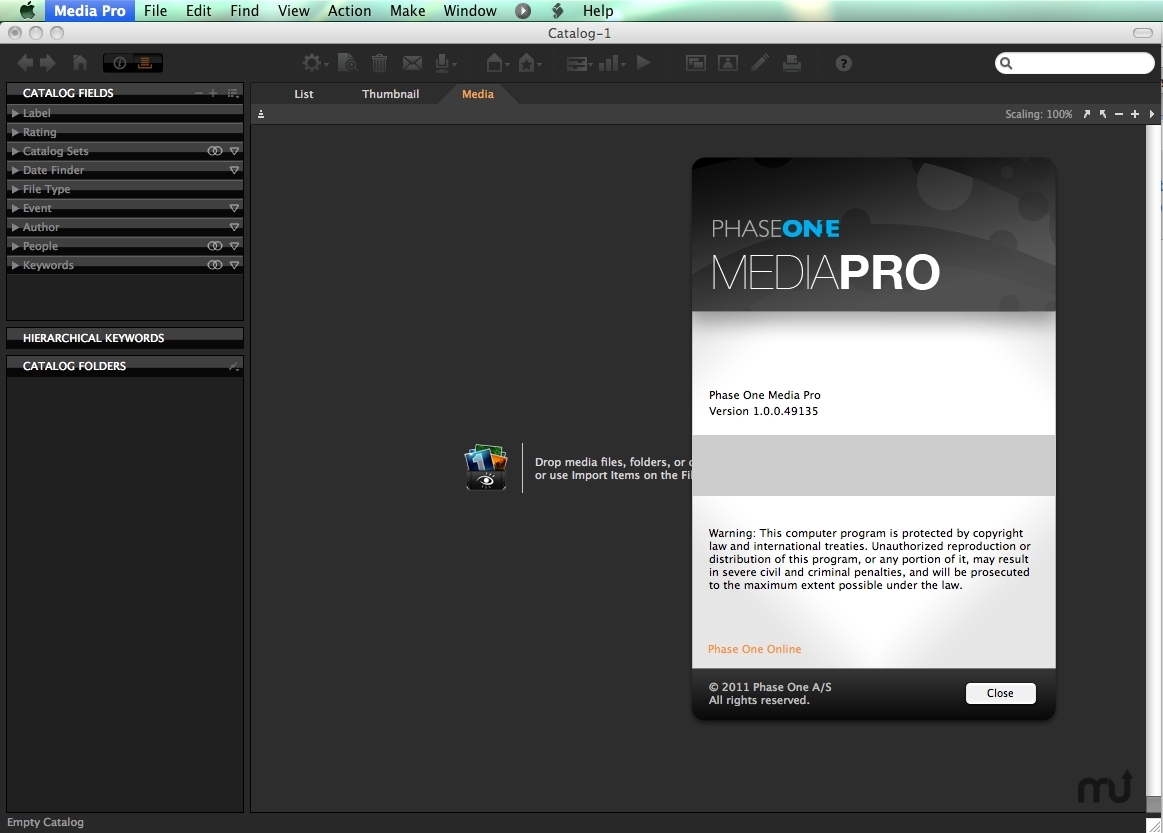