Mate Translate 4.0.10 – Translate words and phrases between over 100 languages (was Instant Translate).

Mate Translate (was Instant Translate) allows you to translate words and phrases between over 100 languages, use text-to-speech, and browse through already-done translations in the history. You can quickly swap languages in the pop-up using Control+S. 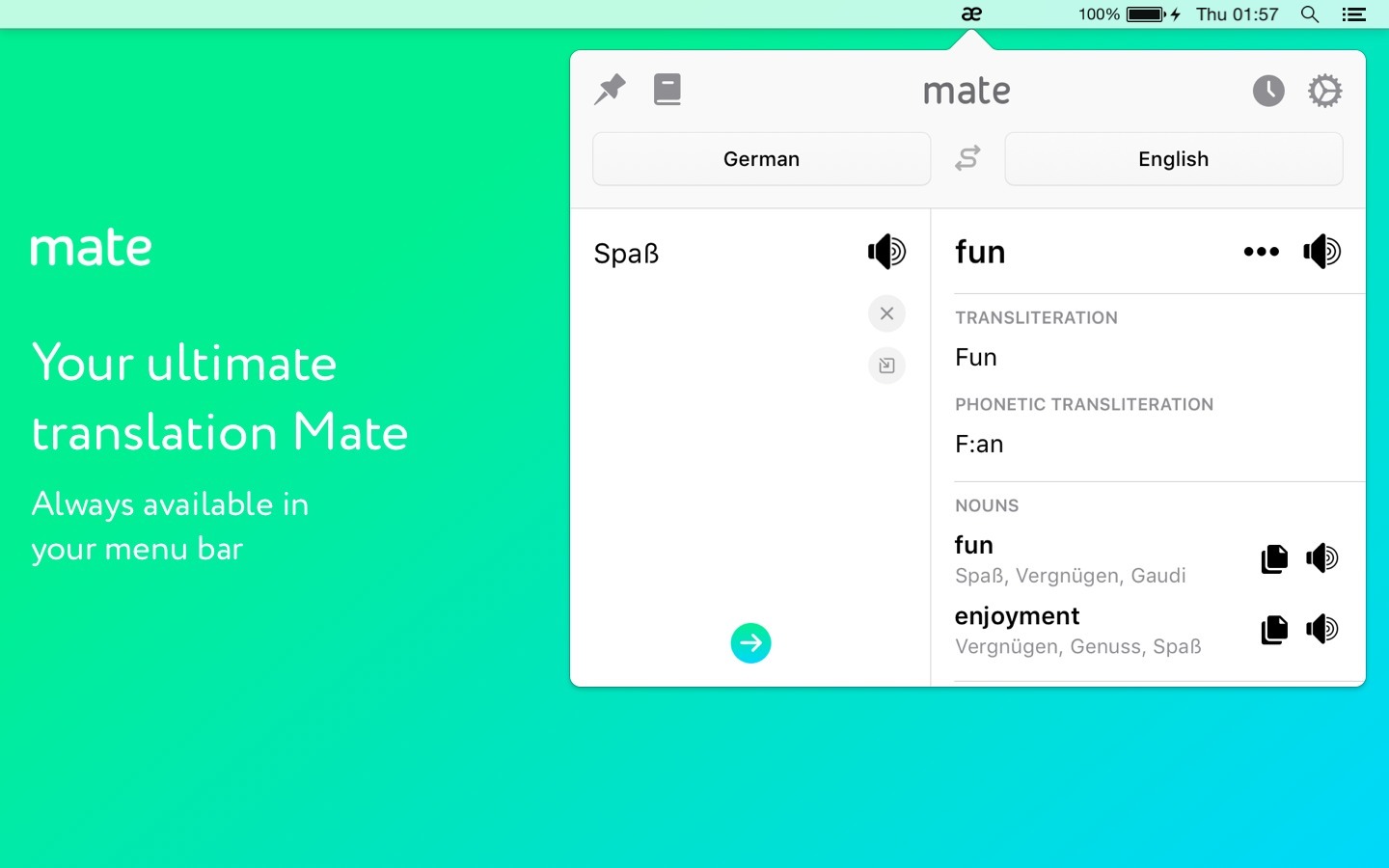