Intuitive and easy to use, it delivers the most advanced, complete, reliable mathematical capabilities that can only come from a market-leading tool that has been developed and tested over 25 years.

Maple allows you to create rich, executable technical documents that provide both the answer and the thinking behind the analysis. Maple documents seamlessly combine numeric and symbolic calculations, explorations, mathematical notation, documentation, buttons and sliders, graphics, and animations that can be shared and reused by your colleagues. 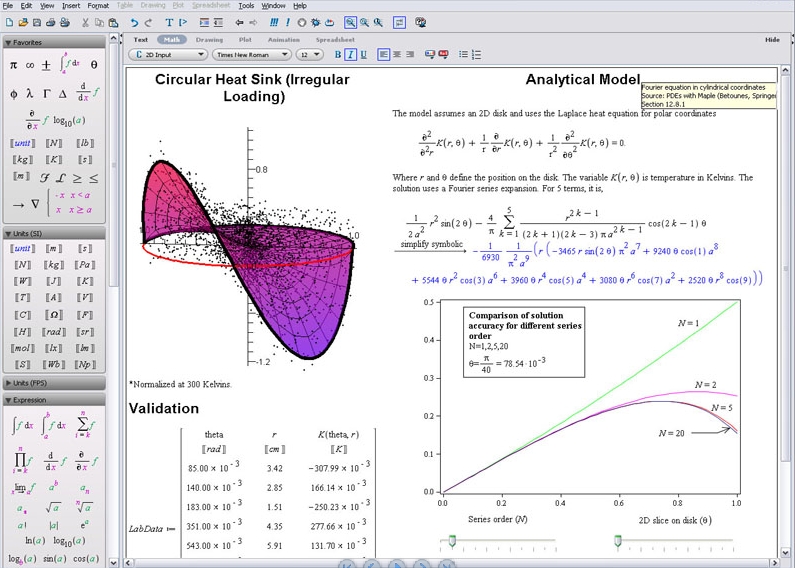