MailHub for El Capitan is a time-saving email management plugin that can file, delete, or enact actions on emails without leaving your inbox. Email from a contact or thread can be batch-filed to a mailbox (or deleted) with a series of simple mouse clicks or key strokes, radically reducing time spent on mail administration. MailHub even allows you to specify filing destinations for an outgoing message during composition. Create new mailboxes as you go and set action reminders so you won’t forget a vital task at a later date. 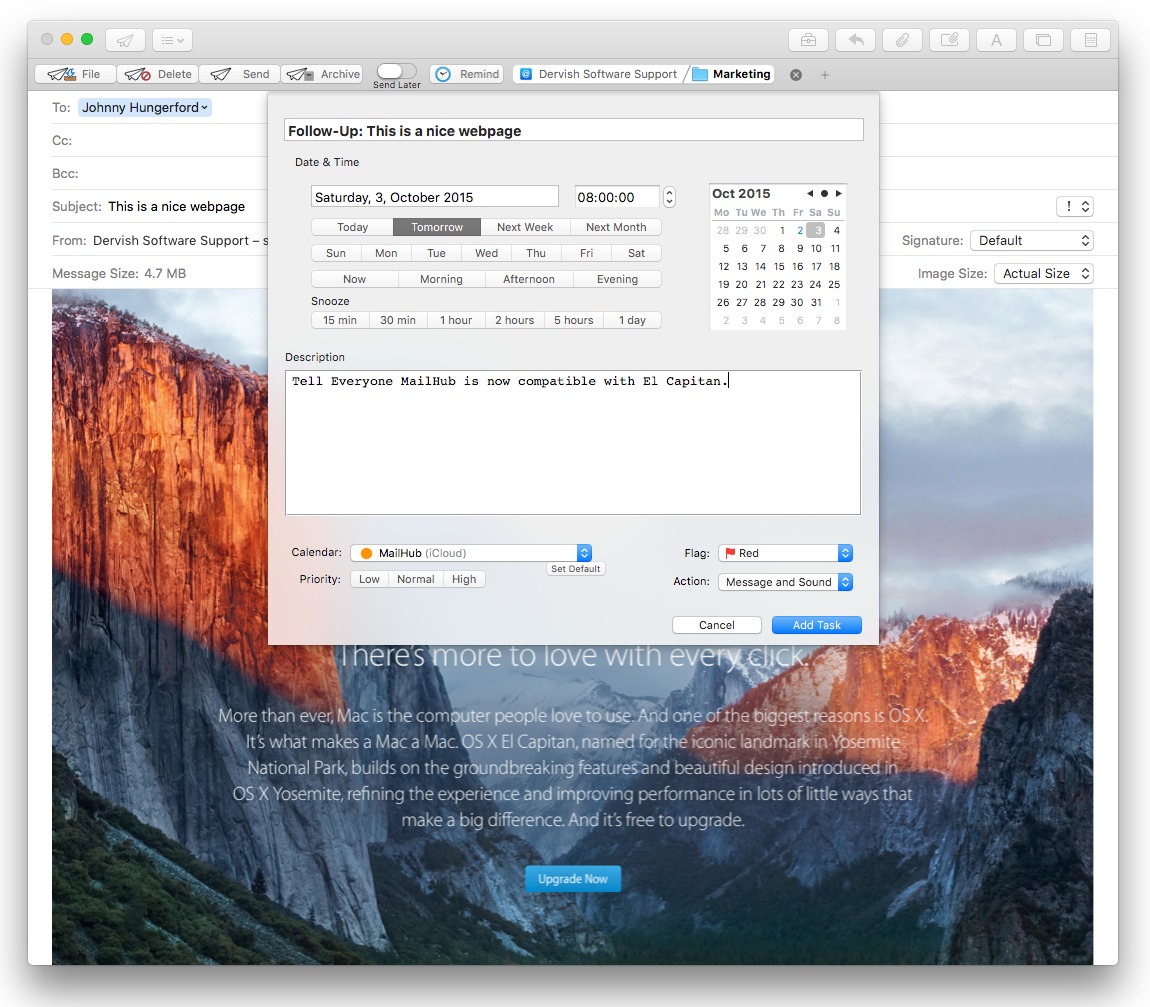