MacJournal is the world’s most popular journaling software for the Mac. MacJournal 6 adds a calendar mode that show entries from any journal, geolocation, word count, and progress tracking, as well as additional blogging support. A Timeline mode has been added to give the journaler the ability to see their writing activity in chronological order. MacJournal 6 even introduces a feature for creating books from journals specially formatted for publishing. Add any kind of content, not just text. Drag PDFs, QuickTime movies, images, audio, and more. Record audio and video, even publish to a blog account on Blogger, WordPress, LiveJournal, Posterous, and Tumblr. Dropbox support added as well. 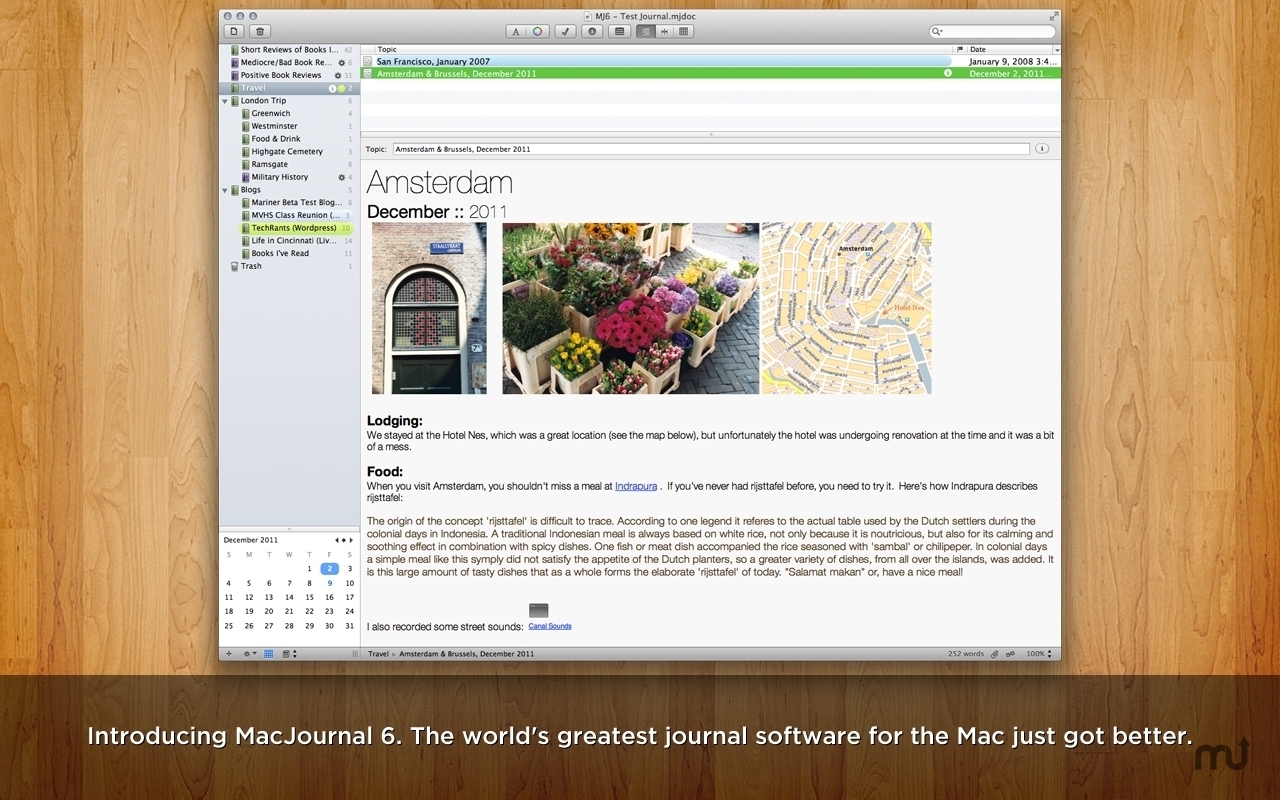