Mach Desktop also introduces a concept called the desktop utility, where you can have commonly used utilities living on your desktop. And if you have two displays, Mach Desktop will automatically detect it and take advantage of that. Download Mach Desktop today, and turn your desktop into the multimedia and information powerhouse it deserves to be. 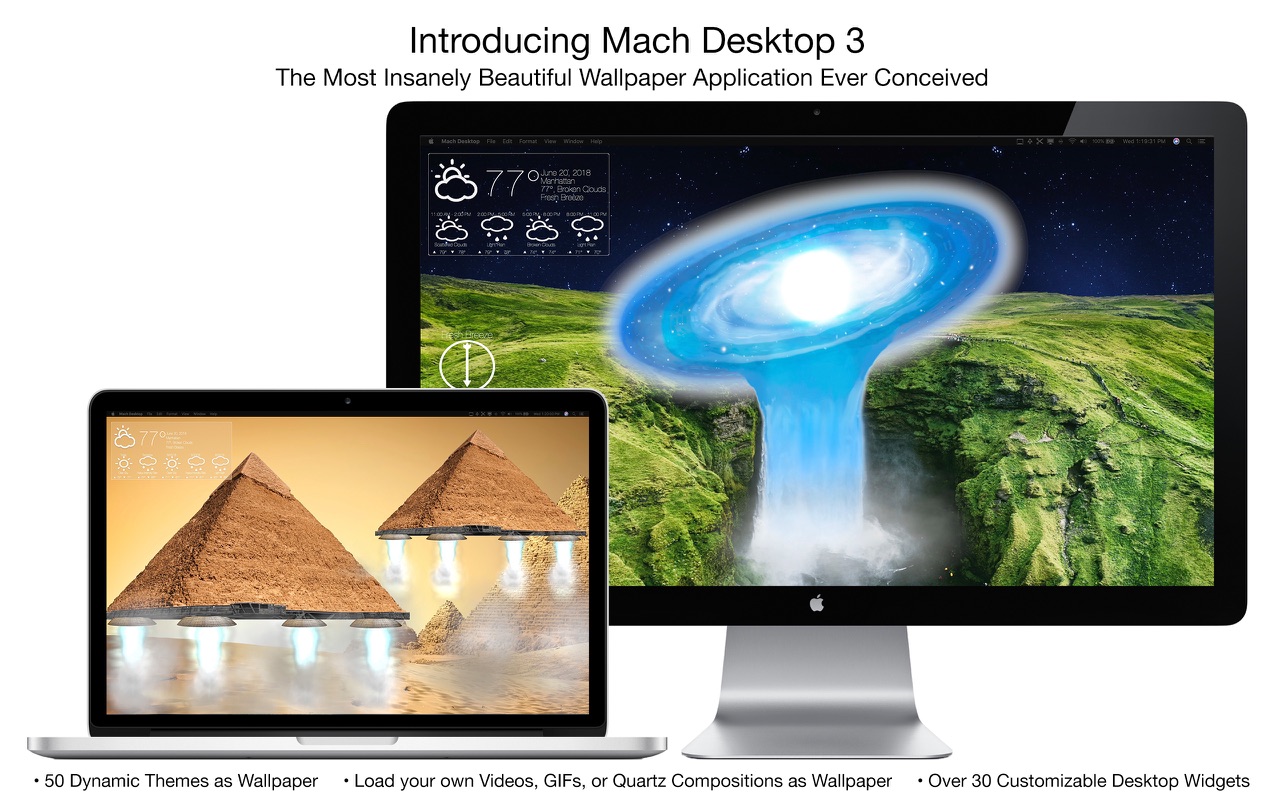