MacGourmet Deluxe is a recipe managing application. It allows users to create, edit, and scale new recipes or import recipes from their favorite websites, then share them via email, Facebook, and Twitter. 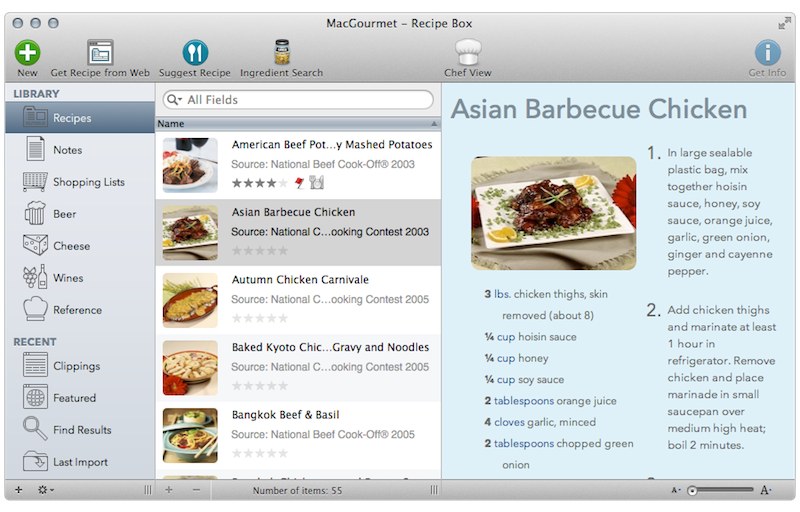