Mac Backup Guru lets you copy and paste a bootable volume in the Finder, or make incremental snapshots. It is the only software which has the ease-of-use to allow you to copy and paste anything – even a bootable volume – using the contextual menu in the Finder (OS X 10.10 Yosemite and later only). It is also the only 3rd-party software which can make incremental snapshots of your disk, which creates daily copies of your startup disk on an external disk and allows you to go back to prior versions of documents or deleted documents. And it does this while using very little space. You can literally store 30 apparent bootable copies of your 1TB startup disk on a 1.5TB backup disk. Apart from that it has all the standard backup software features, such as scheduled backups which activate when you connect your backup disk (so backing up becomes a matter of simply connecting your disk and everything happens safely and automatically), and it wraps it all up in a ridiculously easy-to-use user interface. 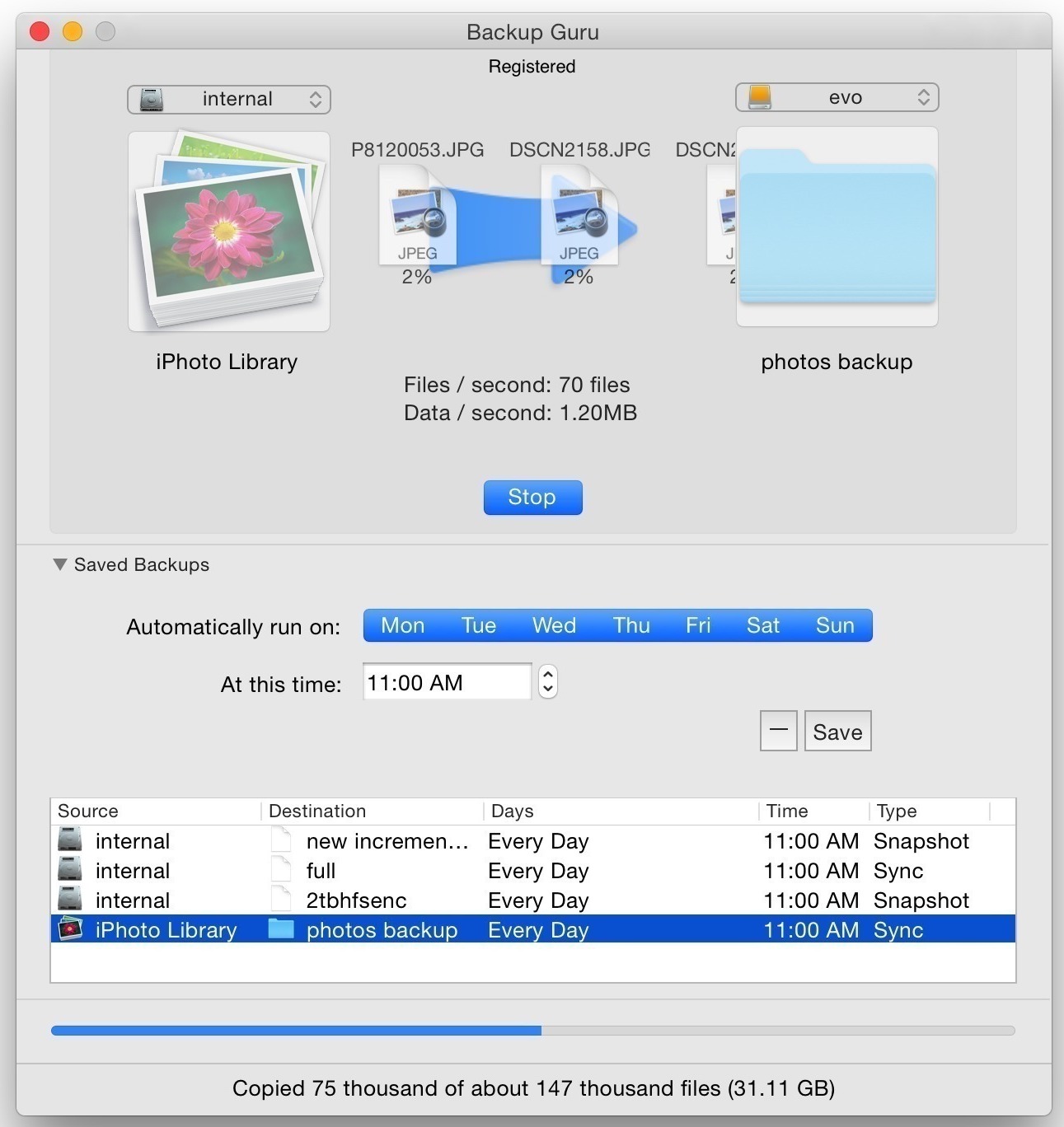