Lux Draw has futuristic tools that include a ‘Glow Pen’, a ‘Hot Pen’, and even ‘Light Spheres’! There is also a smudge tool, as well as an ordinary pen and eraser if you prefer that.

Lux Draw supports layers in a way that’s very intuitive. You simply choose whether to draw on the foreground, middle ground, or background, and that’s it. 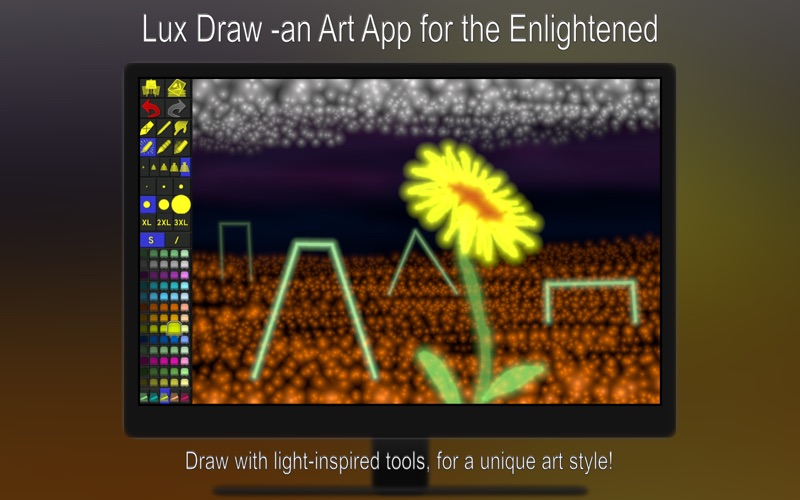