LiveQuartz is a simple and powerful photo editor for the Mac. It is based on non-destructive layers and filters. The layers are at the left and the filters are at the right of the window.

To edit a photo, just drag it into the window (or layers list) and it will be added as a new layer. LiveQuartz handles multi-touch trackpads. 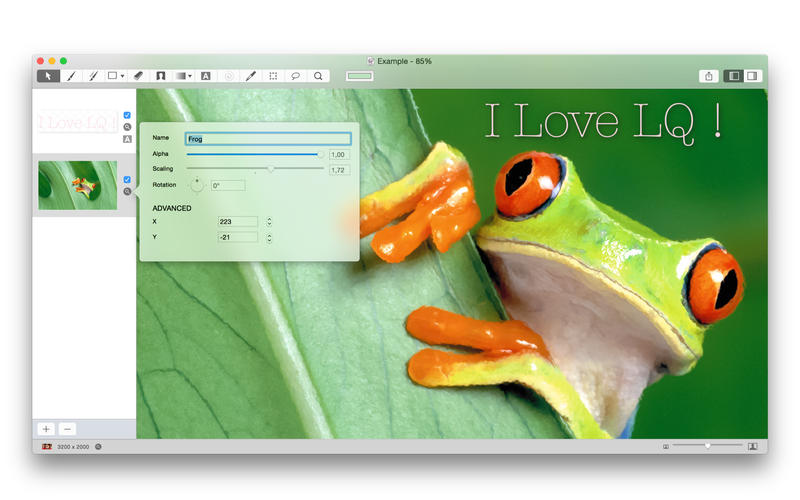