KeyCue lets you view available Command key shortcuts.Simply press and hold the Command key to view a list of all available keyboard shortcuts, making it easy to learn and remember those time-saving keystrokes. 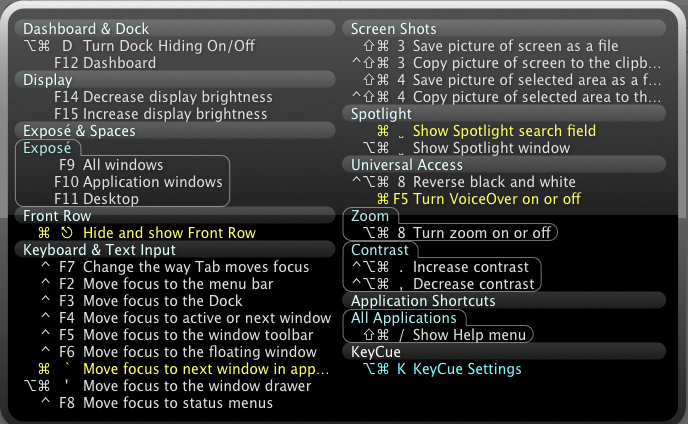