Jutoh 2.69 – Create e-books in formats for sale on Kindle and iBooks.

Jutoh makes it easy to create ebooks in popular formats that you can sell on many ebook sites, including Amazon’s Kindle and Apple’s iBooks.

Create your project in seconds from existing files using the New Project Wizard; or create your book from scratch using the built-in styled text editor.

Select a book cover design from Jutoh’s templates, or create your own with the built-in cover designer.

Jutoh lets you start creating your ebooks quickly, but has plenty of features and configuration for more advanced use, including support for contents, index and endnotes pages. 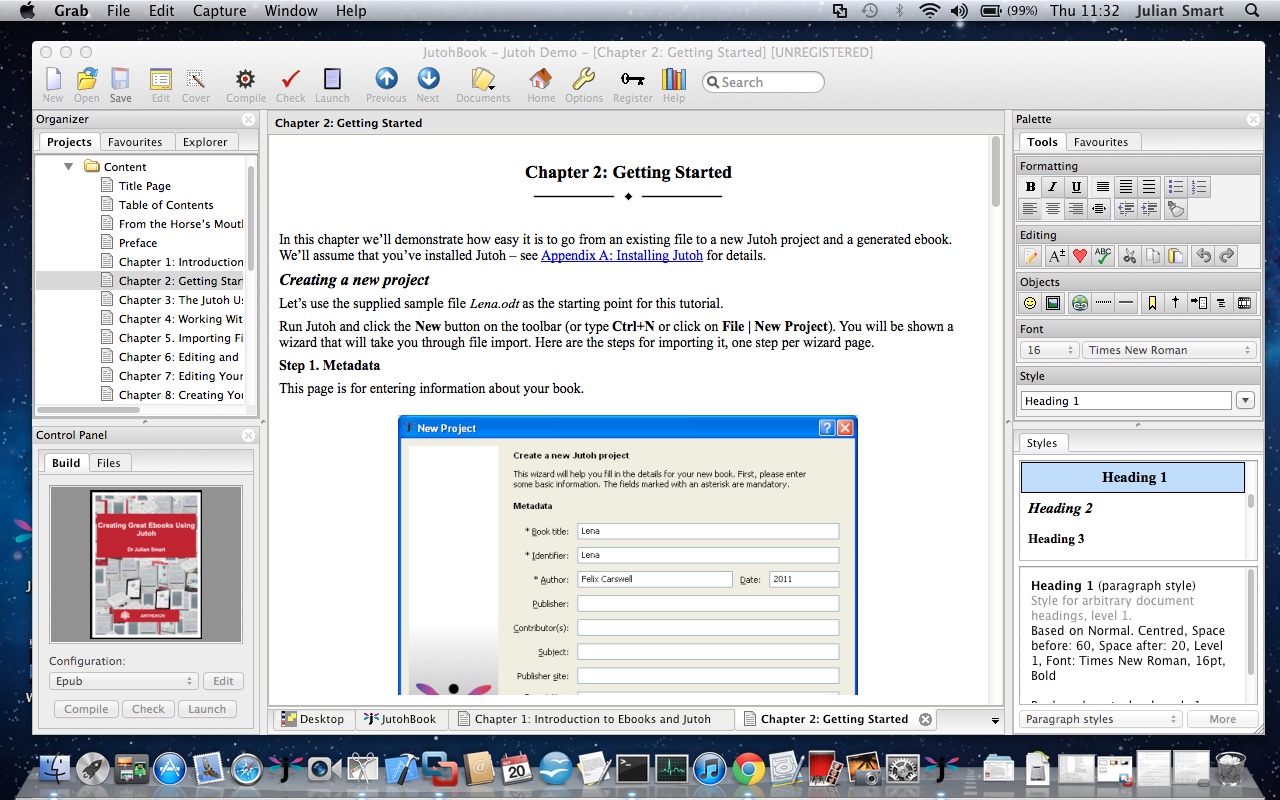