Juno Editor is a preset editor and library for the Roland Juno 106 and MKS7 Synthesizers. Save, organize and edit presets via a simple MIDI connection.

Presets can be created from scratch or received from the synthesizer’s inner memory, and are stored as .jep documents or .syx files (sysex) on your hard drive. 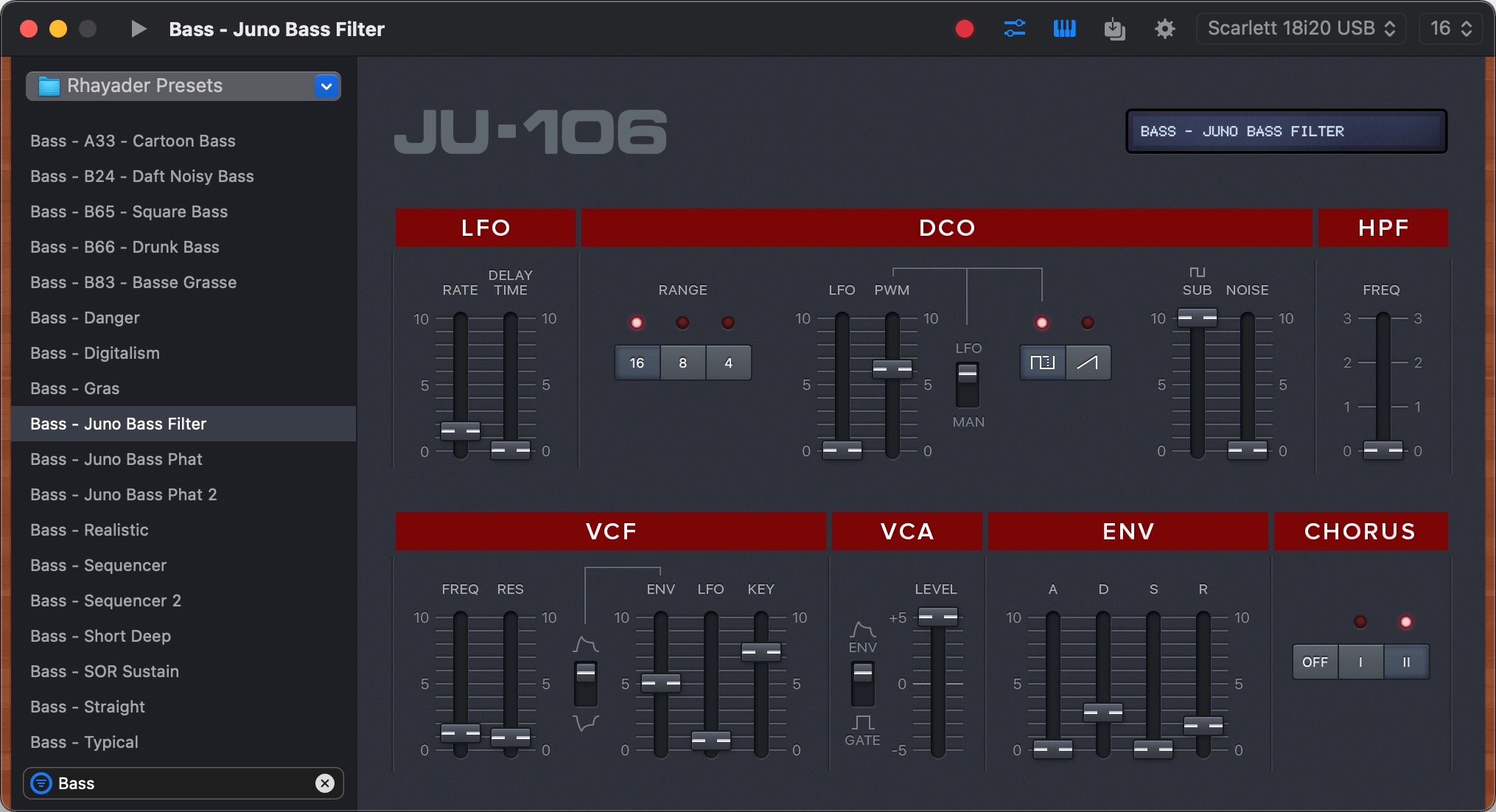