Jettison 1.7 – Ejects external disks when you put your Mac to sleep. 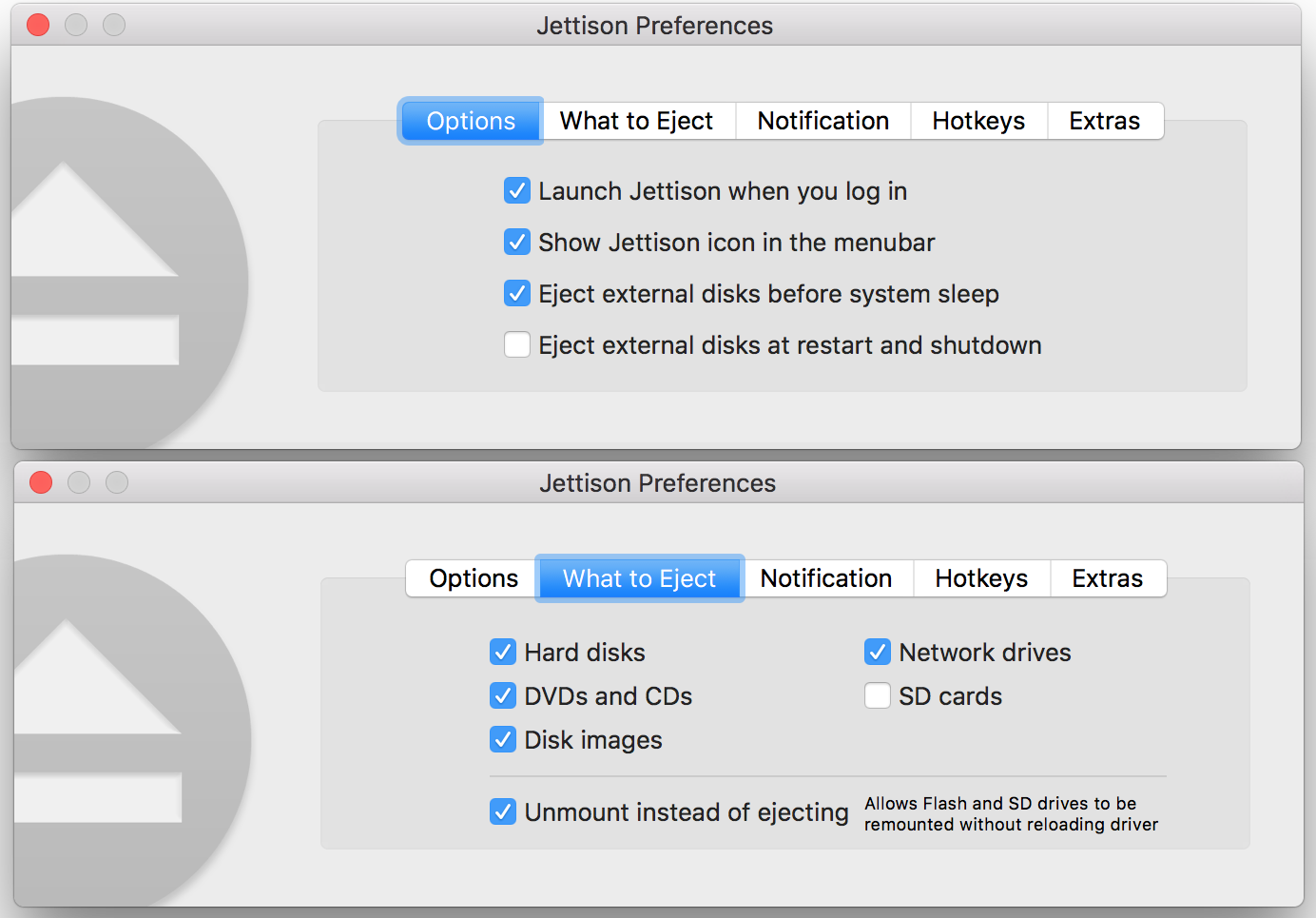