With jAlbum, you can create gorgeous custom photo galleries for the Web without writing a line of code! 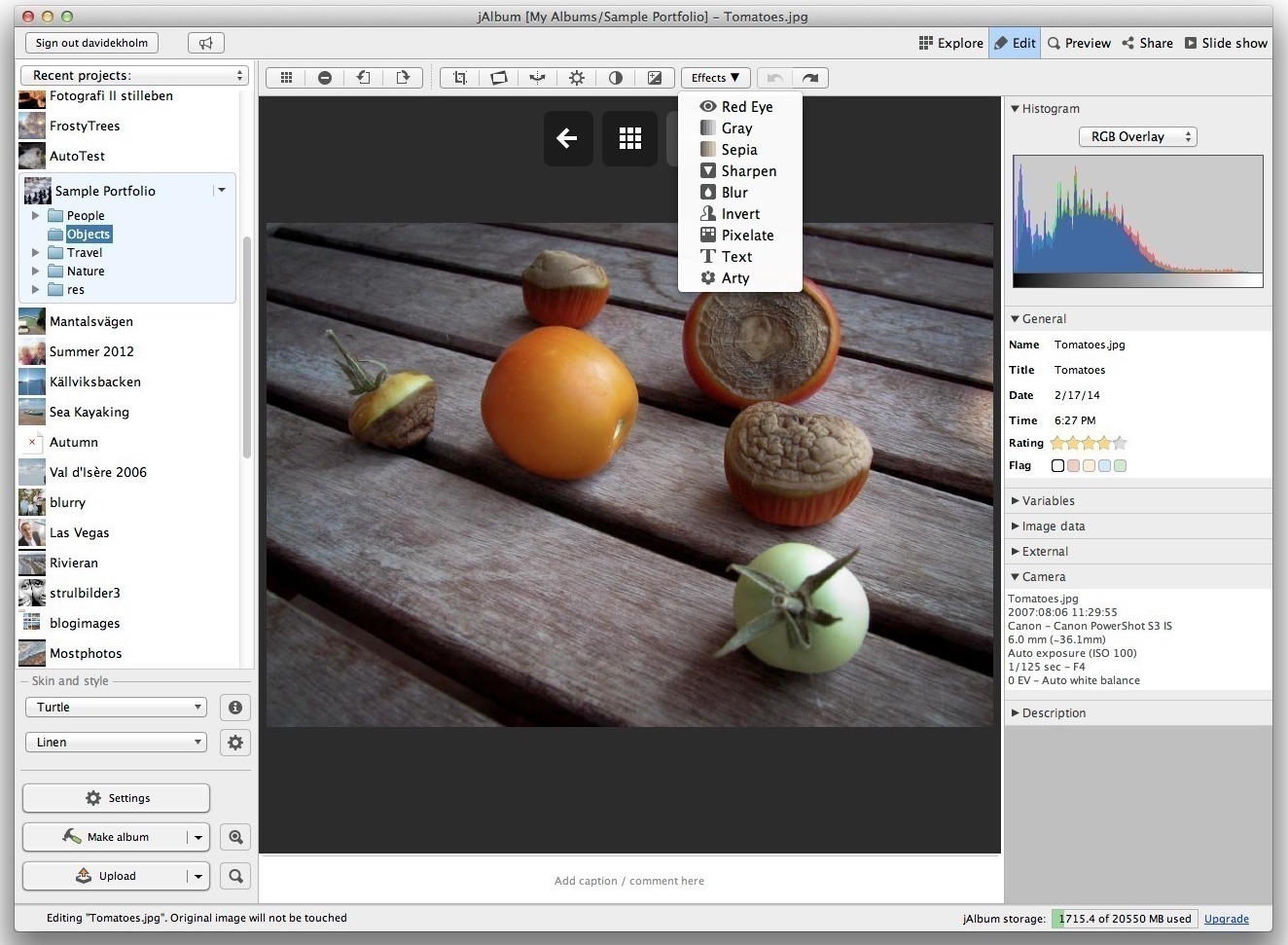