iVI Pro makes adding video files or DVDs to your Mac iTunes library as simple as drag and drop. iVI converts all video file formats into native Mac formats for iTunes or other Mac software. iVI also automatically finds and fills in useful information for Movies and TV Shows like artwork, show and season numbers and episode titles. iVI is also great for converting videocam or other other video to a Mac compatible format so you can edit it in iMovies or Final Cut Pro. 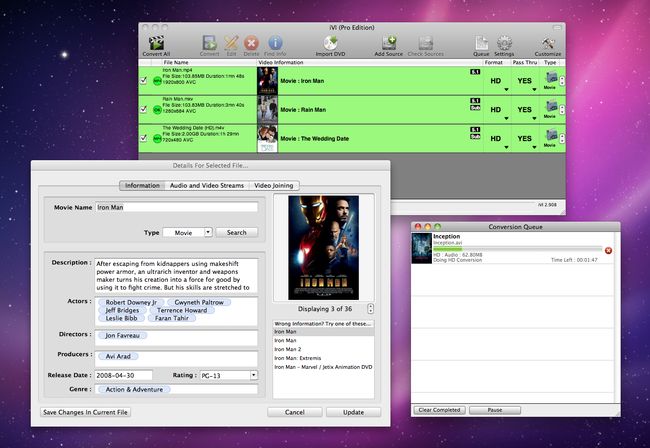