Image Smith is a powerful batch image processing tool. With a variety of features you can easily scale, reorient, recolorize, convert, and flatten images. Image Smith can open numerous different picture file types, and output in the most common industry standard formats like JPEG, GIF, and PNG.

Use the numerous predefined presets in Image Smith to scale or stretch images down to formats suitable for Web banners, e-mailing photos, backups, and more! This is ideal for taking large photos from your camera, which may be upwards of five megabytes each, and scaling and converting them down to a manageable size of only a few hundred kilobytes.

Many power-user features are also included: changing the color levels, applying a sepia effect, inverting, changing the contrast, auto-levelling, extracting image masks, and rotating by angle. Additionally, also easily preview the effect of the settings before processing the entire set.

Image Smith is available for both Mac and Windows, and ensures you get the same experience on whichever computer you are on. Download the free fifteen day trial, and take the redundancy out of image editing! 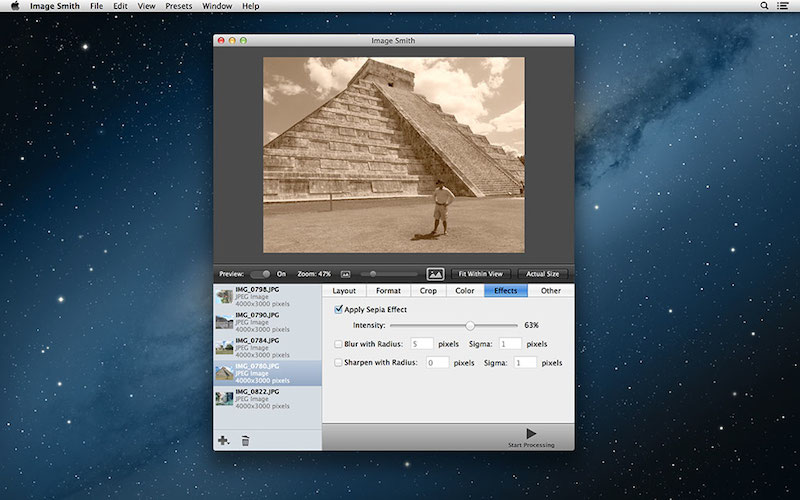