GrabIt grabs anywhere on the screen as an image and shows you instantly. 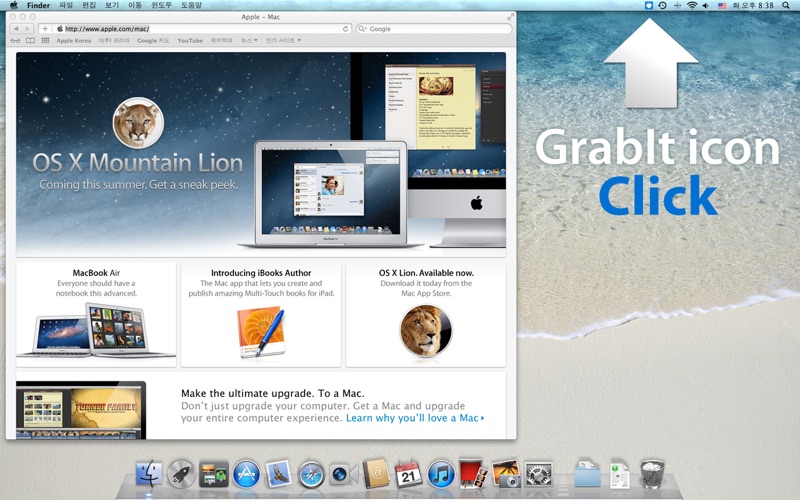