Gear Player allows you to connect to your existing Google Play Music and YouTube account without confining yourself to a Web browser or Flash player. The interface aims to be simple and intuitive, just does what it has to. Don’t hesitate, go on and try it!

Users can upload up to 20,000 of their songs to the Google Play service. And you can now search for songs on YouTube and manage your playlists and favorites library with Gear.

* a subscription to Google Music All Access is required 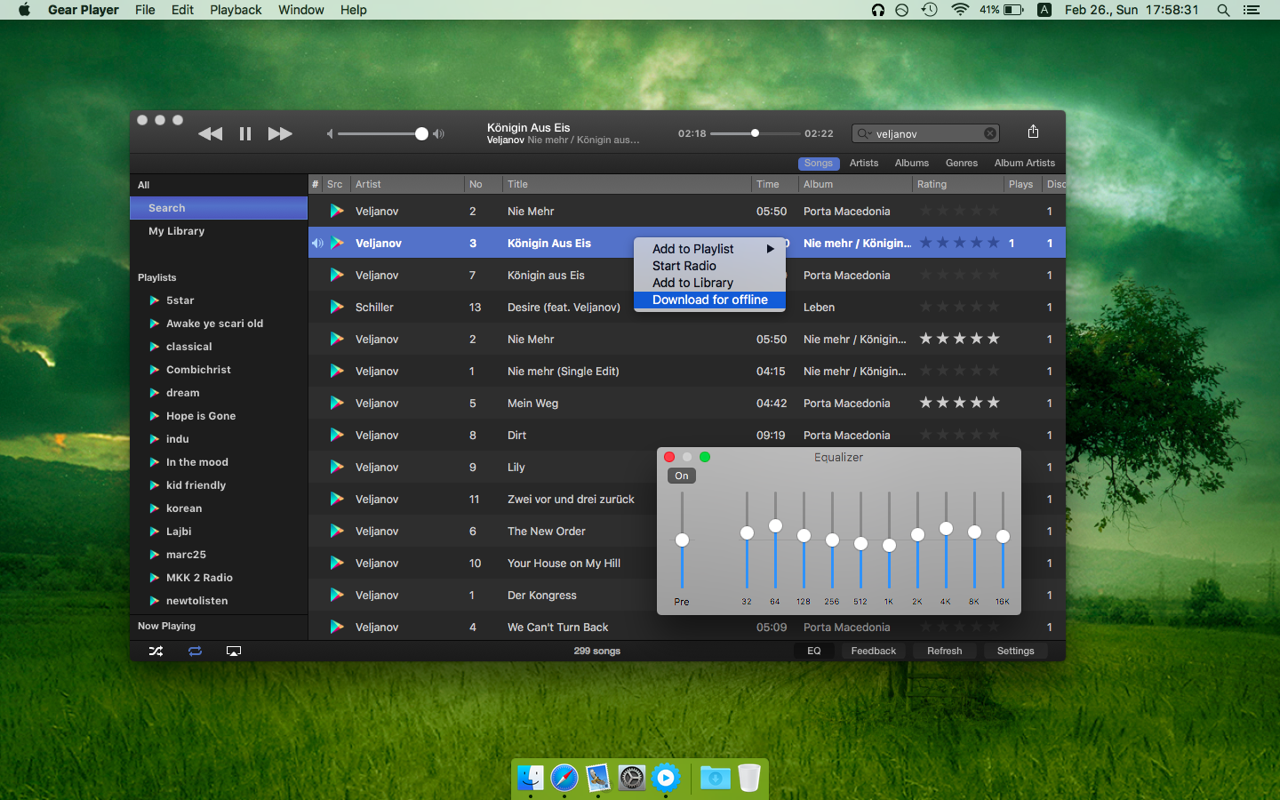