Framer lets you start with simple code to bring your design to life. Test it on any device, iterate as you go and share easily for feedback. Pioneer new interaction patterns or create groundbreaking animation. No limits, no constraints. 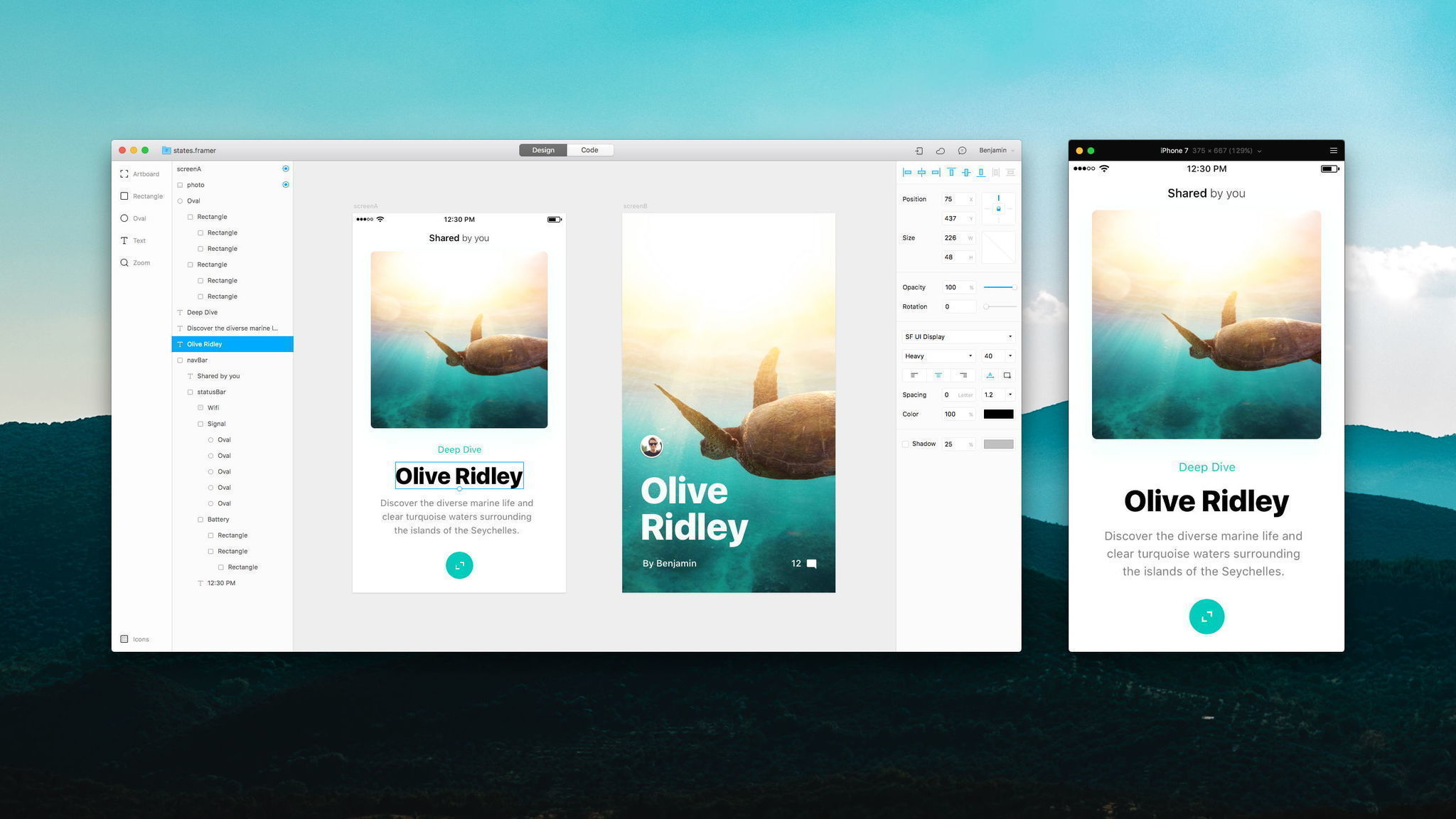