FontXChange can easily convert fonts to OpenType (PS), PostScript Type 1, and TrueType for both Mac or Windows. Useful features include: 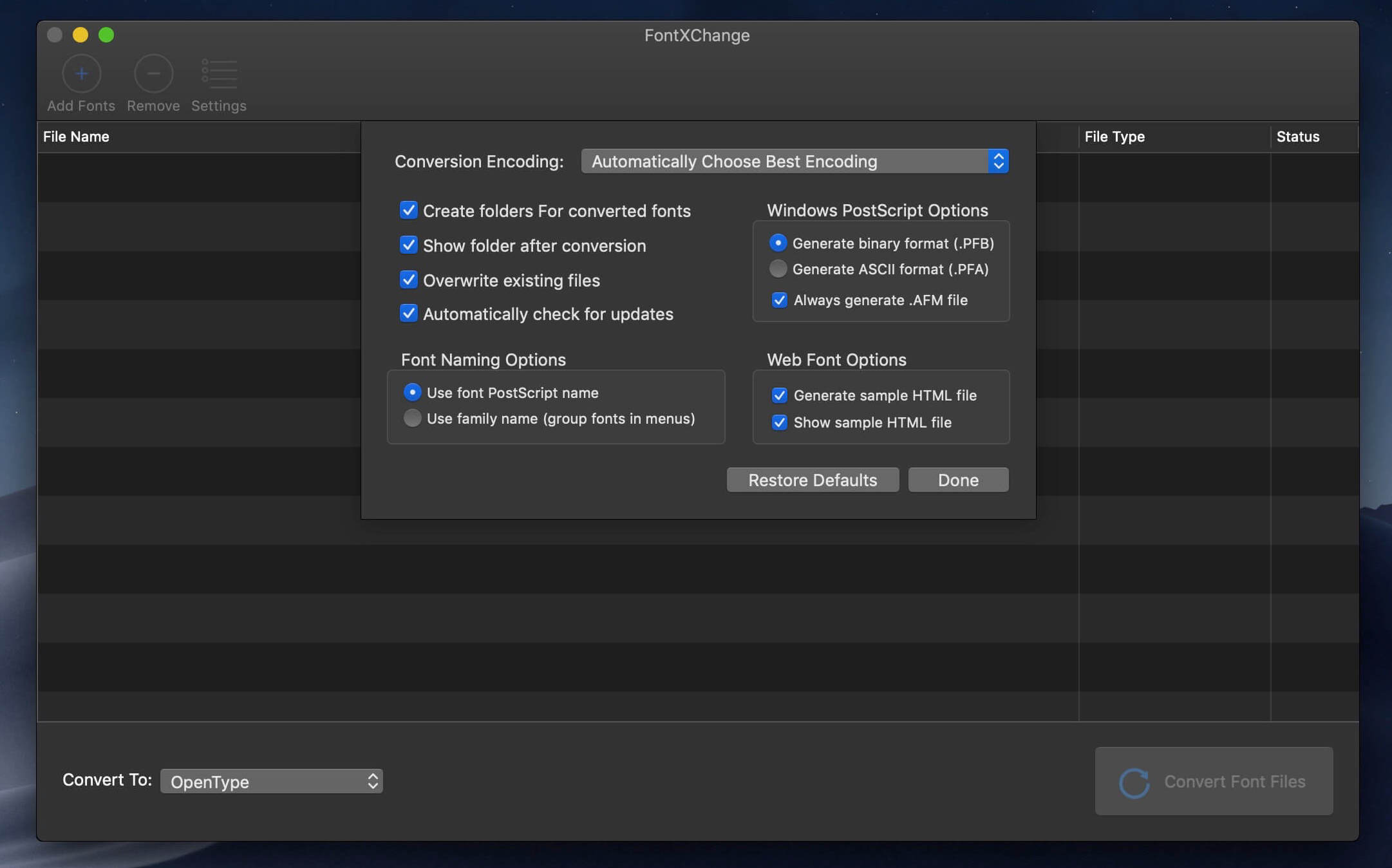