Flat Kingdom is filled with fun platforming action, puzzles and some Metroidvania elements. It also features a unique combat system! Instead of directly attacking your foes, you’ll have to touch them while transformed in the correct shape to beat them! Kinda like a rock-paper-scissor game.

Every shape in Flat Kingdom beats the opposite, so sharp triangles can defeat the soft circles, heavy squares beat the fragile triangles and squishy circles can triumph over the slow squares. Both enemies and puzzles can be beaten using the correct shape and strategy, so you’ll have to observe them and come up with the best solution.

You can also learn new abilities along the way that will help you solve even more puzzles, beat enemies faster and reach new areas that were inaccessible to you before! 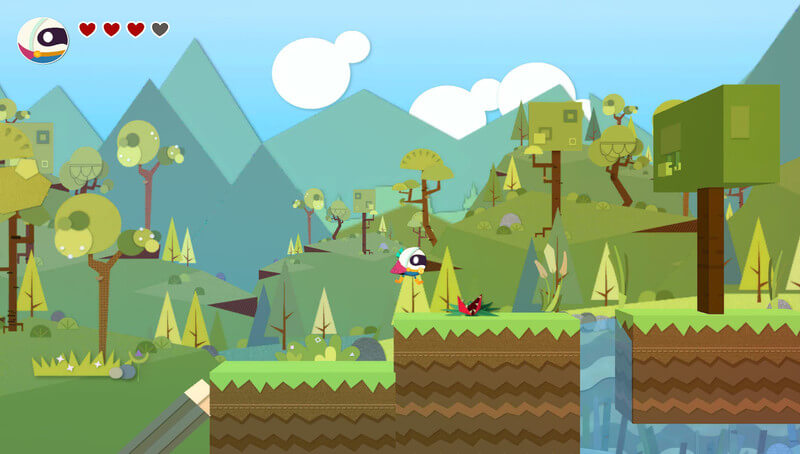