File Buddy is the Swiss Army knife of Mac file utilities. First released in 1993, File Buddy features a wealth of functionality and powerful features that allow you to access that functionality quickly and easily. In addition to File Buddy’s normal functionality it adds several commands to Finder’s Services and contextual menus and allows the creation of droplet applications to automate tasks that would otherwise require you to open some window and configure the changes each time before applying them.File Buddy isn’t just a powerful tool, it’s a powerful tool designed to put that power at your fingertips as much as possible. 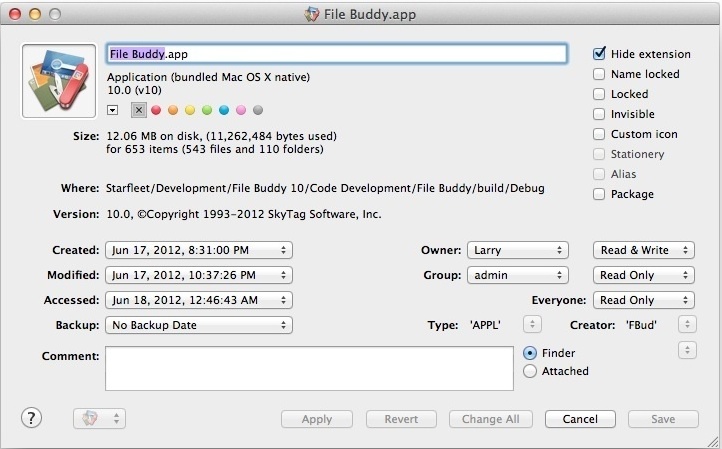