Faux Pas 1.7.2 – Inspect Xcode projects for bugs and other issues.

Faux Pas inspects your iOS or Mac app’s Xcode project and warns about possible bugs, as well as about maintainability and style issues.

What the Clang Static Analyzer is to your code, Faux Pas is to your whole Xcode project. Faux Pas doesn’t just look at your code – it inspects all the elements of your Xcode project together. This allows it to find completely new classes of potential issues. 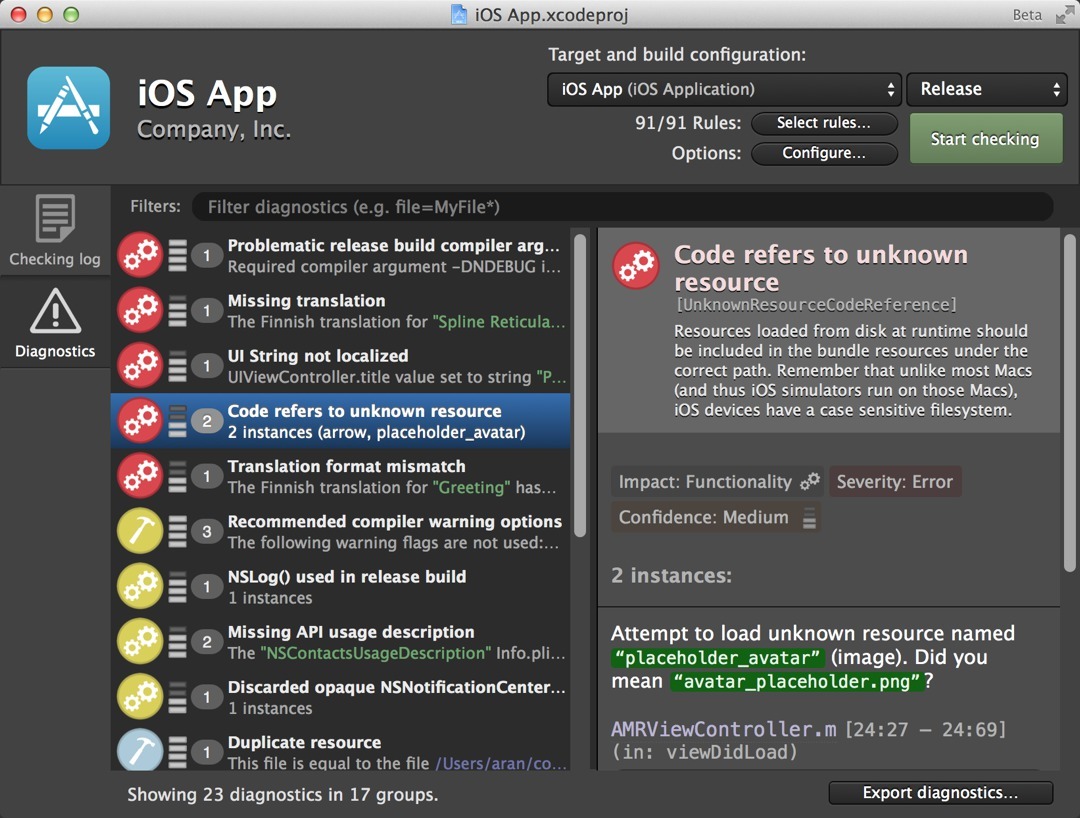