Espresso is the ultimate pick-me-up for Web professionals in search of a better development environment. Streamline your workflow with powerful Web design and development tools, perfectly suited for projects of any scale.

Smooth and simple navigation. Espresso’s unique Navigator outlines the hierarchical structure of your documents and even offers drag-and-drop reorganization options. No matter how complex your code is, Espresso lets you manage it with ease.

Tame your code. Espresso is packed with programmer-centric features, from syntax highlighting to code folding, auto-completion, and more. Whatever language you are writing, Espresso has the intuition and adaptability to help you every step of the way.

Master web design. By incorporating the award-winning CSSEdit, Espresso excels at helping you tweak the stylistic details of your site. Perfect your design with beginner-friendly CSS controls, or take advantage of live previewing options to test-drive new visual elements before adding them to your site. 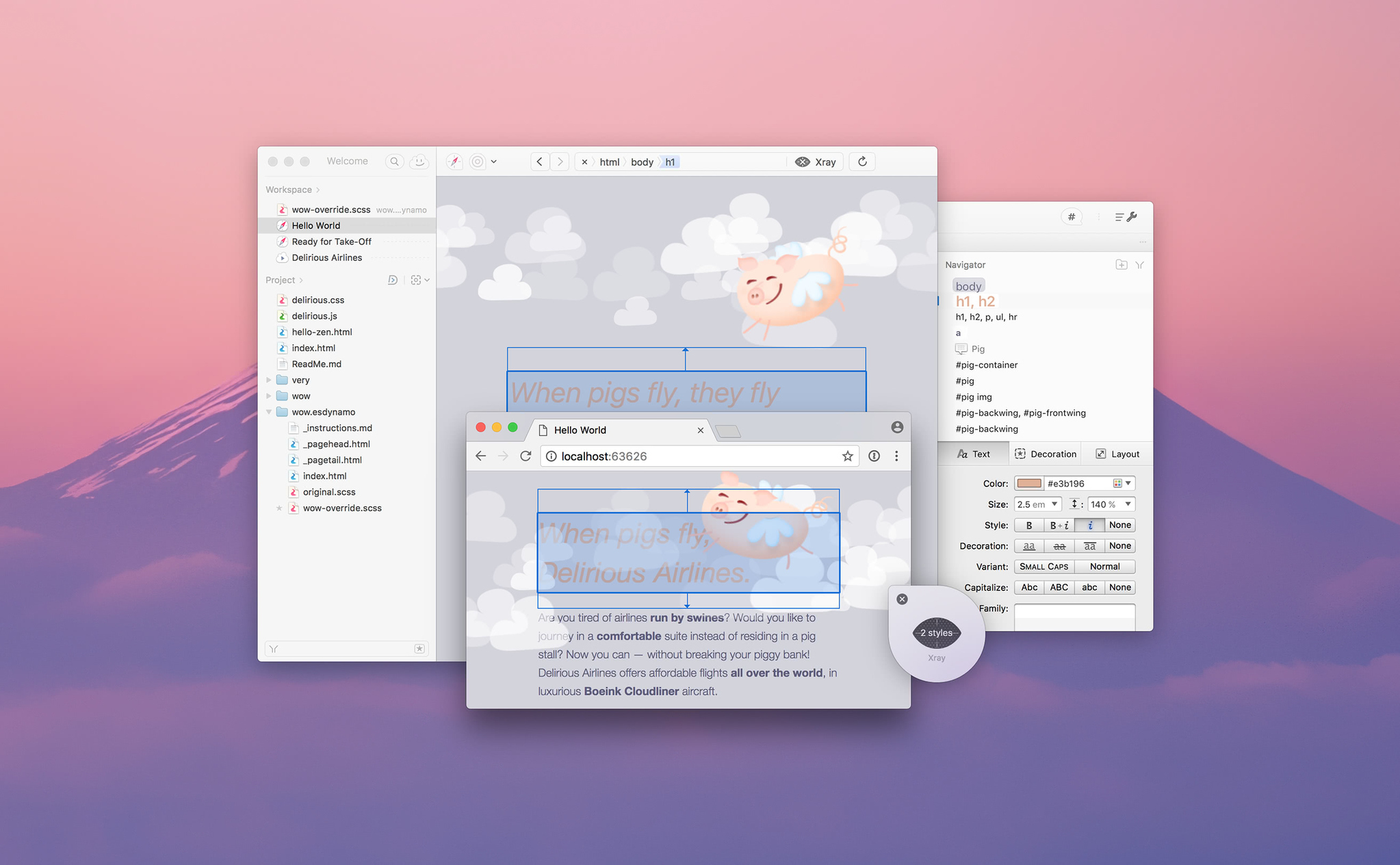