Espionage 3.6.2 – Simple, state of the art encryption and plausible deniability for your data.

Sometimes, encrypting your data isn’t enough to protect it. That’s why Espionage 3 goes beyond data encryption.

You can create multiple master passwords, each protecting an isolated set of folders. Every protected folder can also advertise completely different data, depending on whether it’s locked or unlocked.

Espionage 3 is also the most secure Espionage yet, featuring AES-256 encryption by default, and scrypt to protect your passwords from even the most powerful of adversaries. 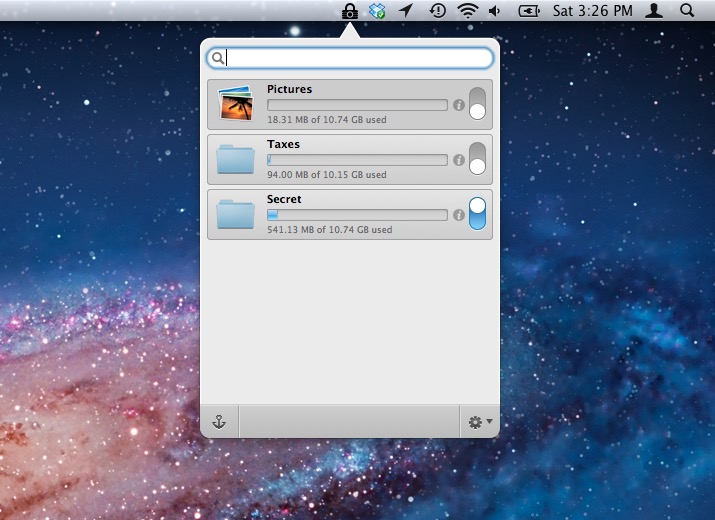