Endurance helps your Mac run 20% longer. No matter how good your battery is, everyone could use a little more battery power! Endurance is an app that helps your Mac run longer. Endurance runs in the background and when your battery level drops to a certain level, it automatically starts adjusting your settings and turning off features which use a lot of energy. Our tests have shown that it can give you about 20% more runtime, which you can spend writing, browsing the web and watching movies. Who wouldn’t want 20% more? 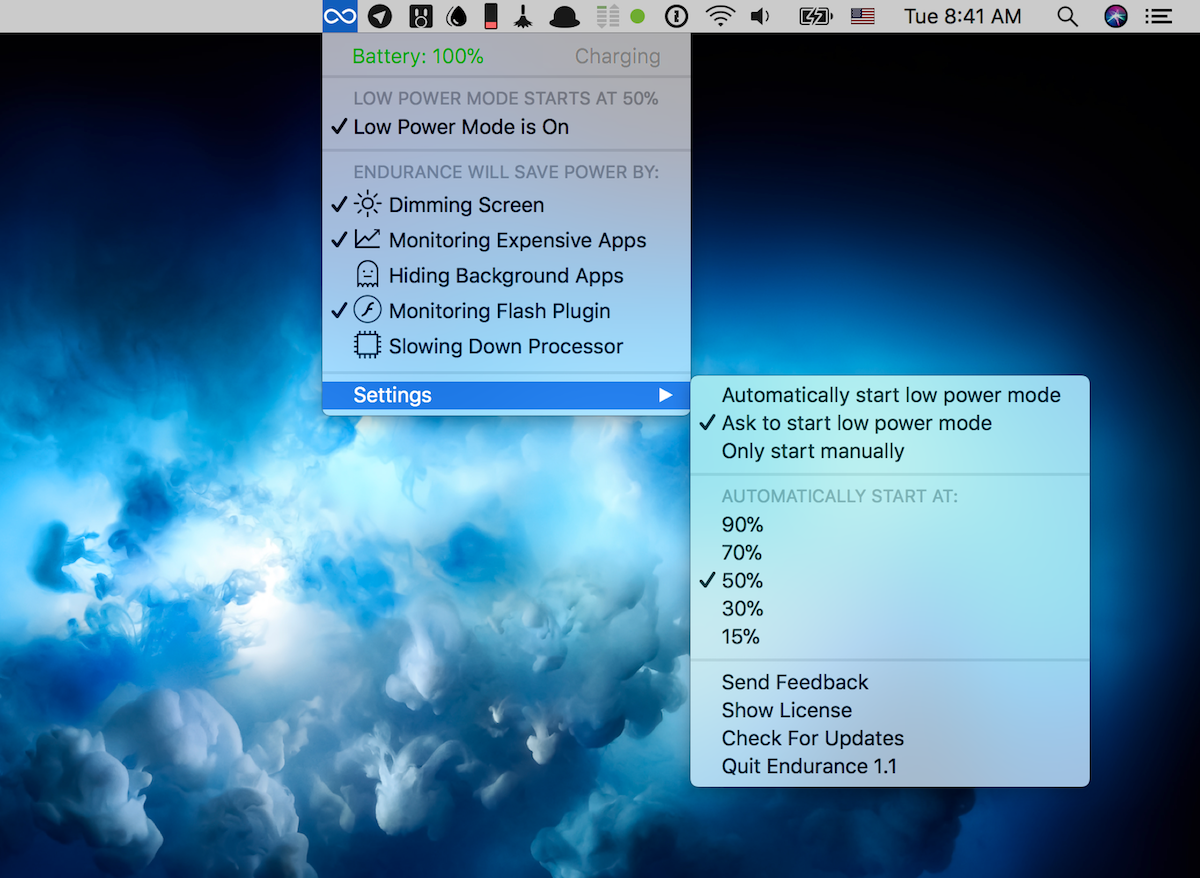