* Bring the player on top of all other open apps and never miss a moment of the movie.
* Play any sound track including external ones.
* Has its own volume control.
* Offers exceptional support for subtitles, including Arabic, Eastern Asian languages, Hebrew.
* Sound and subtitles languages are easy to select;
* Creation & management of playlists.
* Easy to fit the video image to screen.
* Playback speed is adjustable.

* When a movie has subtitles Elmedia Player GO can sync them with the video in case there is any mismatch.
* Play a DVD or a video that was copied from DVD without any additional hassle.
* Choose which monitor will show fullscreen;
* Snap a screenshot of any moment in the video or create a series of pictures with adjustable interval.
* Virtual surround and speakers emulation provides the exquisite hearing experience.
* Select the output device for sound.
* Transmit AC-3/DTS through S/PDIF.

* Adjust brightness, contrast, saturation even during playback.
* Rotate, flip, mirror the video image;
* Set any part of movie or music video on a continuous loop;
* Play with deinterlacing and image enhancement;
* The 10-band equalizer lets you make the audio just perfect for you. Existing presets include Large Hall, Party, and more. You can also create your unique sound setting.

Stream content from and to Elmedia Player to or from other AirPlay devices or other Mac computers with Elmedia installed. Things to note:
Videos in AVI, FLV, MKV, 3GP formats don’t need conversion to be played on Apple TV.
Elmedia supports both embedded and external subtitle files for streaming.
VIDEO_TS, .swf, and .exe are not supported for streaming.
YouTube videos can be streamed to Apple TV. YouTube videos in MP4 format are supported by AirPlay, FLV, MKV, 3GP videos are not. 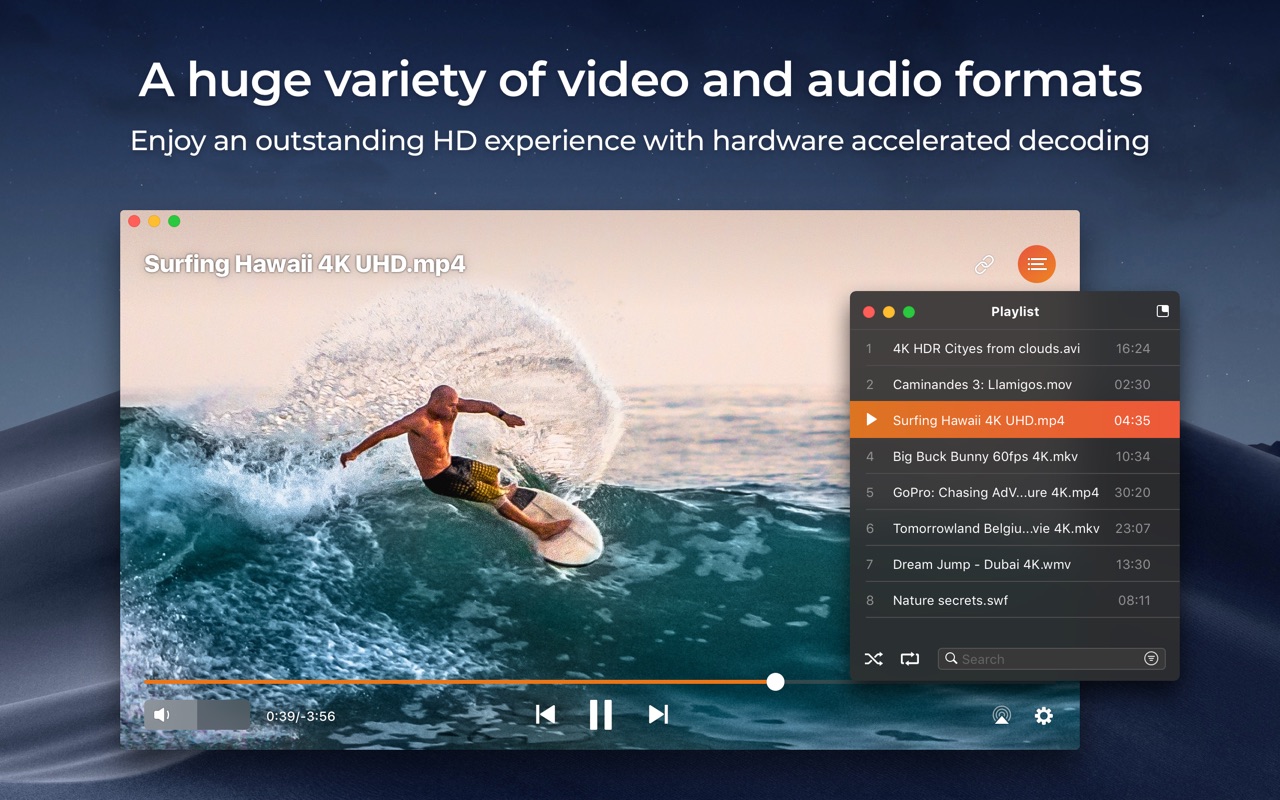