Start your newsletter by selecting from a gallery of professionally-designed templates, then customize to your heart’s content. Design Tests let you see how your email looks in a wide variety of email clients, including live mobile previews sent to your iPhone or iPad. You’ll love not having to hassle with a slow, clunky, web-based editor. When you’re ready to send, rely on Direct Mail’s built-in email service to deliver your message in a flash. Campaign reports show you a clear summary of opens, clicks, and more. Grow your mailing list by creating customizable subscribe forms and publish them to your website or Facebook. 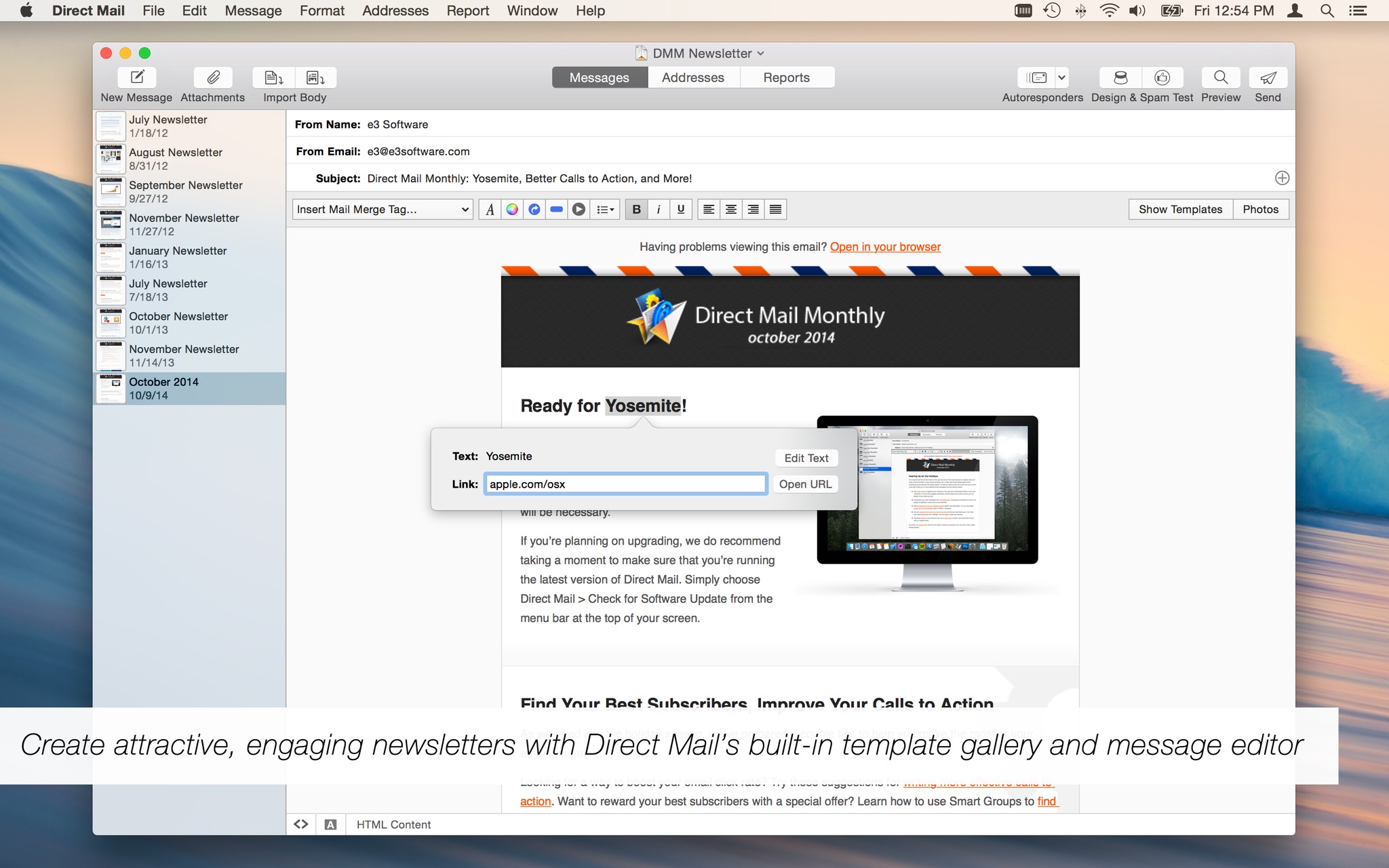