Daylite helps businesses organize themselves with tools such as shared calendars, contacts, tasks, projects, notes, and more. Enable easy collaboration with features such as task and project delegation between users, and never let things fall through the cracks. Create smart lists to find meaningful data fast — including delegated but uncompleted work. Work anywhere — in a networked office, from home or on the road. 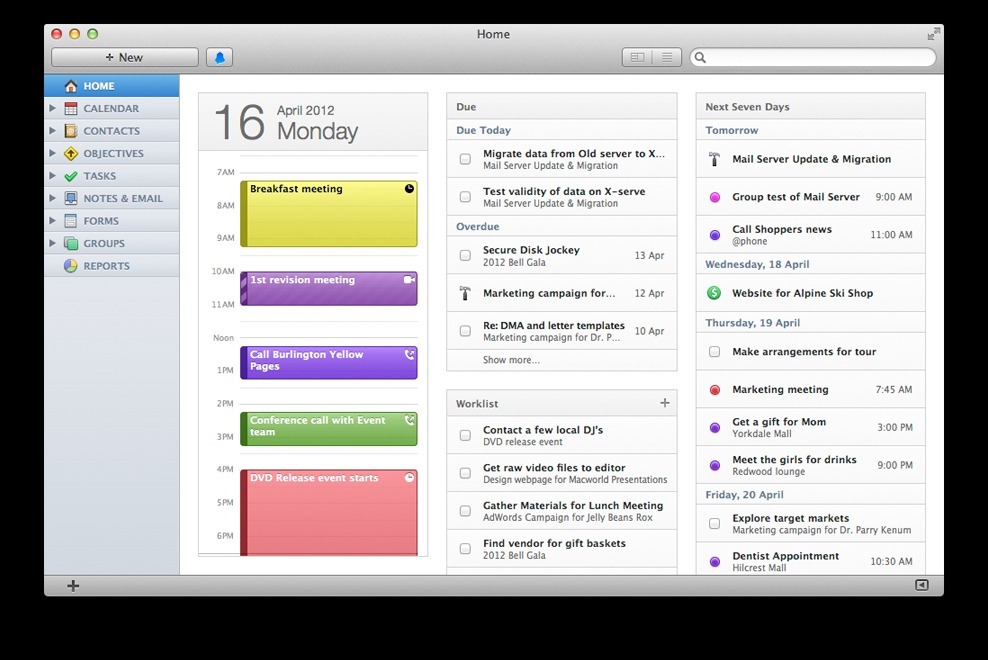