Contour was developed in collaboration with Emmy Award-nominated Jeffrey Alan Schechter; Contour is a proven, fill-in-the blanks story development system that has generated millions of dollars worth of writing assignments and script sales. The software uses the same character-based structure that most every blockbuster movies uses to create well-written stories from Fade In to Fade Out. Contour shows exactly what elements need to be in a script, never leaving the question, “what comes next?”

Unlike other story development systems which are either so complicated that you don’t know where to start or so light-weight as to wonder, “why in the world did I buy this?”, Contour is a must-have for every screenwriter. Taking your idea and using a fill-in-the blanks and intuitive approach, Contour guides you as to what elements need to be part of your story outline – you’re never left to wonder, “what comes next?”. That’s it – fade out, roll credits.

Contour explains the major storytelling secrets needed to craft a highly marketable movie. Your main character’s journey is explained through archetypal themes – the same kind of themes used by most of the top 50 movies that have affected millions of viewers – maybe even you!

Worried about how to start?

Don’t be. For many, it’s much easier to understand the Contour system by following the breakdown of a successful movie. Contour includes several entire scripts of blockbuster movies dissected through the Contour system. And if you need even more samples of how Contour works, follow Jeffrey Alan Schechter’s personal blog as he breaks down current screenplays in Contour. 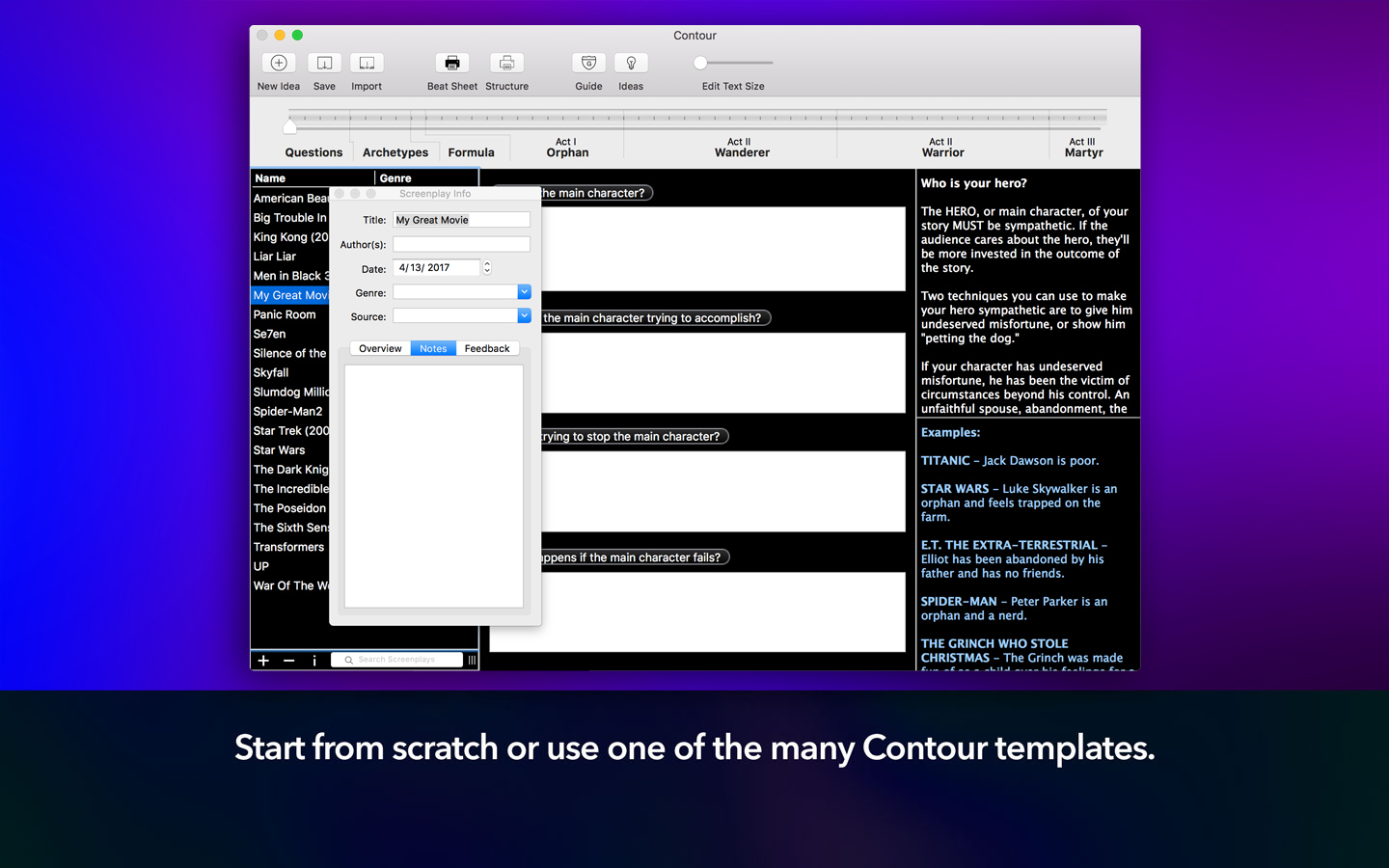