Command-Tab Plus is a keyboard-centric application switcher. It is designed to let you switch between apps in a faster and more convenient way.

When you work with a lot of programs which are running, switching between them can be a problem because it often takes a long time. Command-Tab Plus gives you many improvements in working with multiple applications, and is designed to be an alternative to Apple’s native App Switcher. 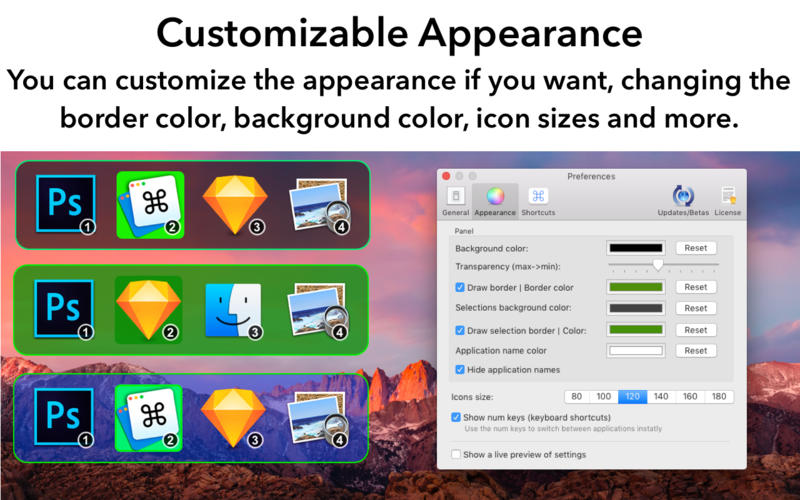