Coherence Pro allows you to turn any website into a full-blown macOS application in seconds. With the new Pro version you can now create apps in bulk and also edit them after they are created. Simply name your app, paste in a URL, and it will grab a favicon and create a web-wrapper app for your Dock. Using the power of Google Chrome, Coherence allows each app to have separate settings and extensions.

To make apps for websites using Safari’s WebKit engine you can use Unite from the same developer as Coherence Pro. 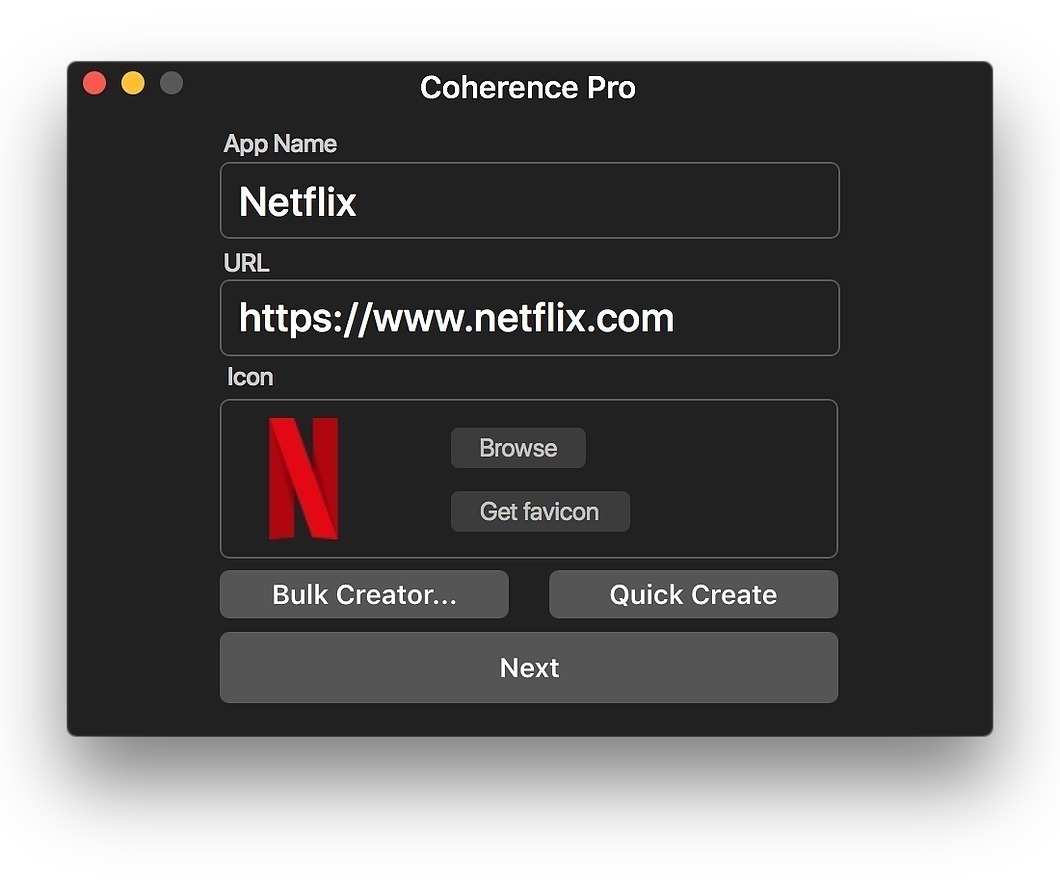