Coda is a powerful Web editor that puts everything in one place. An editor. Terminal. CSS. Files. With Coda 2, we went beyond expectations. With loads of new, much-requested features, a few surprises, and a seriously refreshed UI, this update is, truly, major. 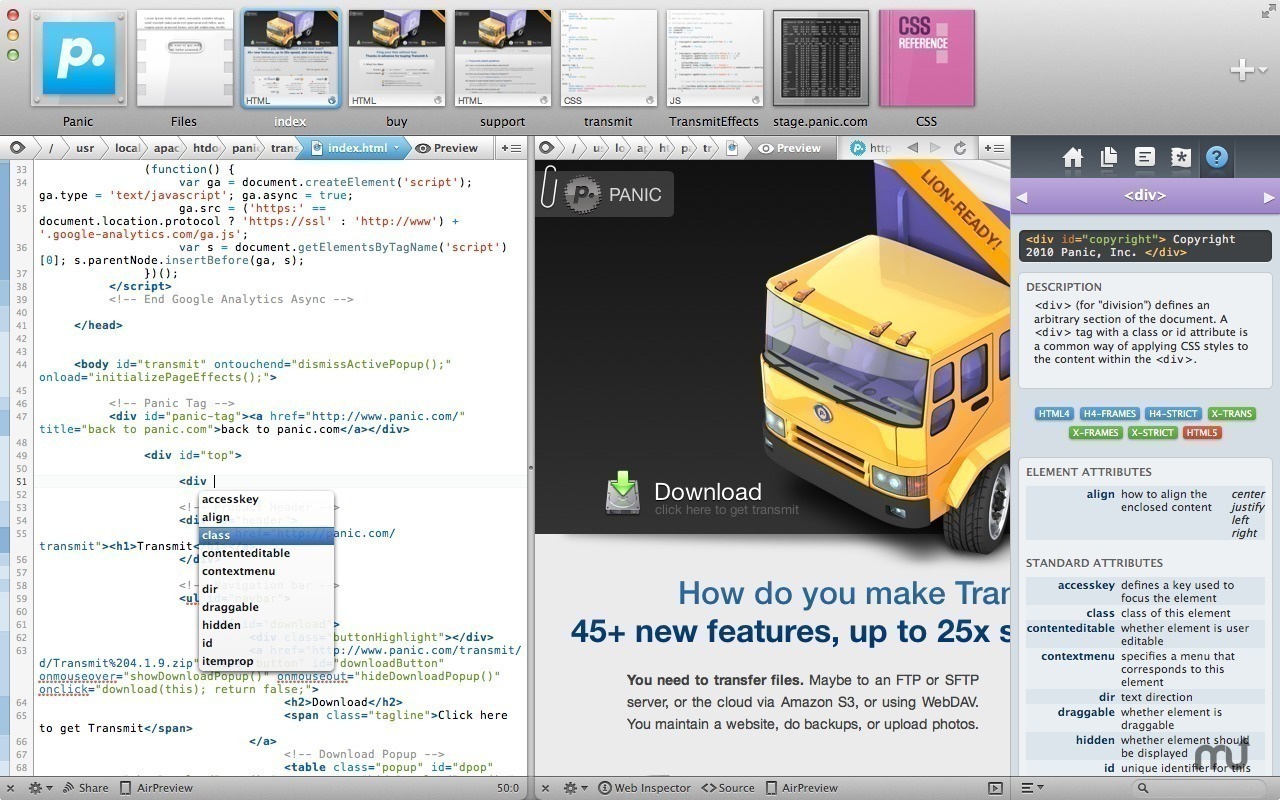