Clean Text is an application for those times when you have to paste some text copied from one document or application into another, and you want the text to get the attributes (such as color, font, dimension and style) of the new document instead of preserving the attributes copied from the old one. Clean Text for Mac eliminates all text formatting, preparing it for pasting. Moreover, the application performs other useful functions, such as removing empty lines, removing multiple spaces, removing tab characters etc. It’s also very useful for printing out text without wasting ink and paper, as often happens when you print directly from a Web browser. 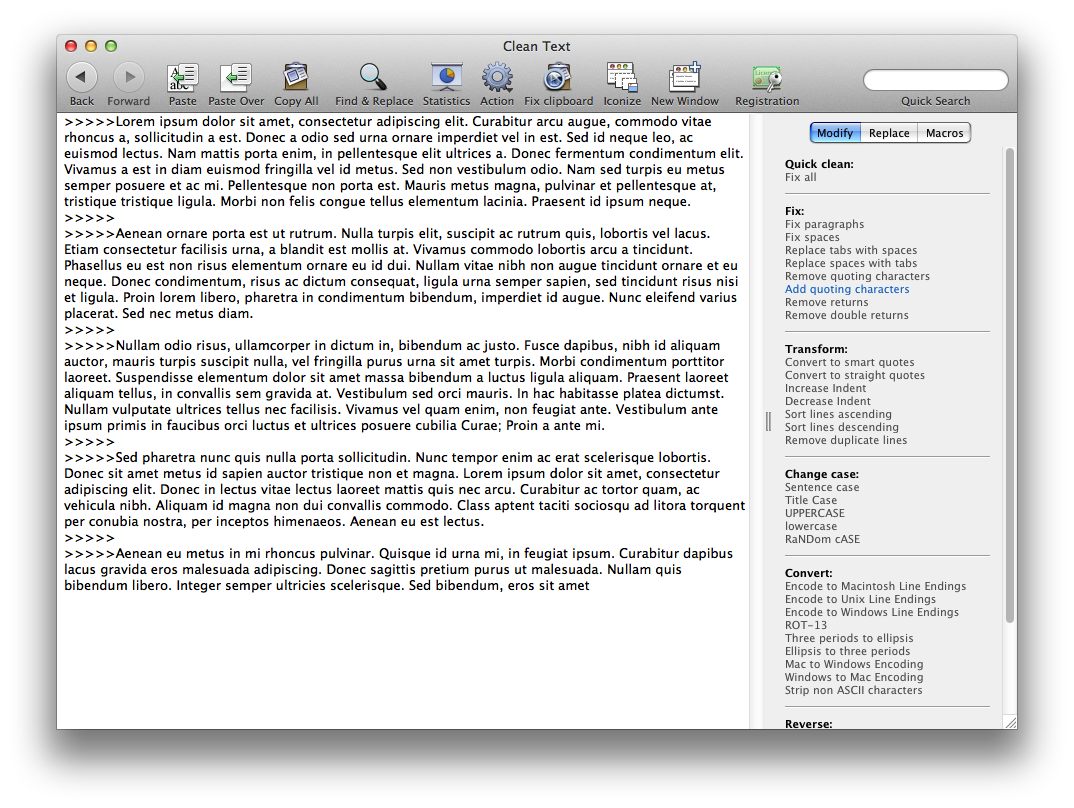