Disk and system utilities, like our flagship product TechTool Pro, are great for repairing disk issues and recovering data after something goes terribly wrong. But what if there was a way to catch these problems sooner? What if there was a product that would continuously monitor all of the important parameters of your system and run regular diagnostic tests to detect small problems before they turn into complete disasters?

Introducing Checkmate, the computer health monitoring software by Micromat. We created Checkmate to be a powerful computer diagnostic product without being an intrusion to your work. The software observes your schedule and performs testing when your computer is idle. It then quietly logs results and stays completely out of your way – unless it finds a serious problem. Then it will alert you to the issue and open the Checkmate dashboard so you not only get a full report of the issue, but also read suggested steps you can take to correct the problem.

And Checkmate couldn’t be simpler to use: simply install it and forget about it. You won’t even know it’s there until it finds a problem and alerts you. No buttons to push, no schedules to set and no interruptions to your work. 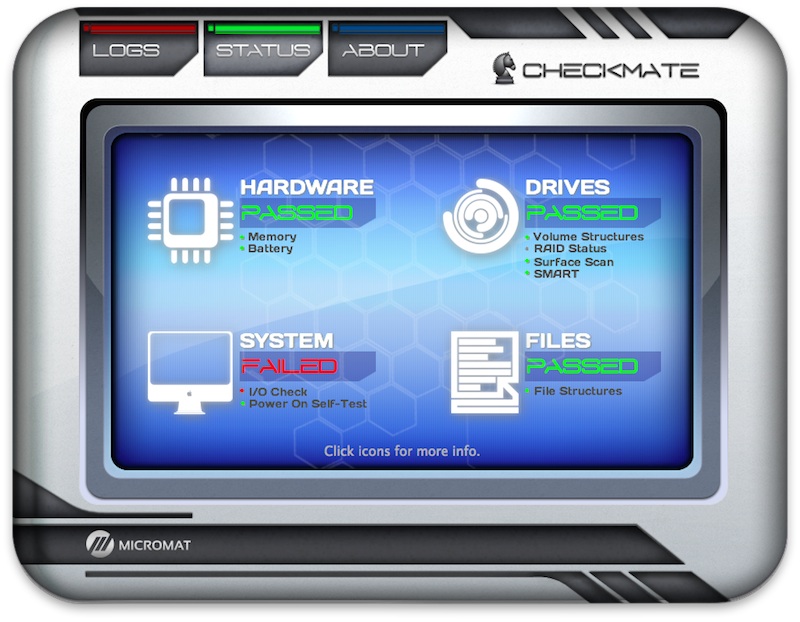